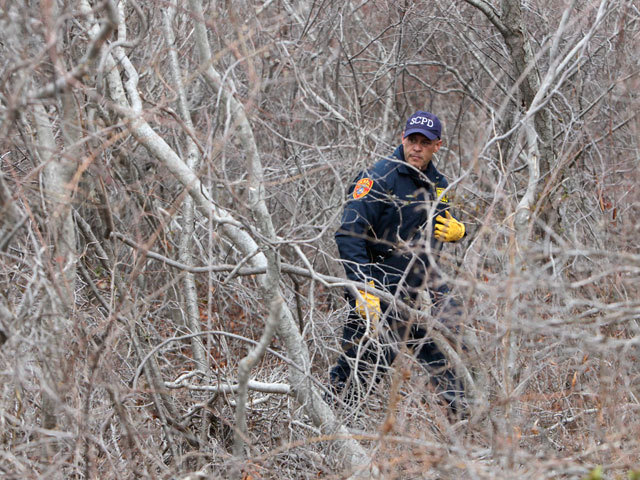 (CBS) - Investigators are now examining the theory that there may be more than one killer responsible for the remains of the 10 victims that were dumped at the beaches on Long Island's south shore, law enforcement sources told CBS News.

"We may have two or more killers out there," one law enforcement source said.

Investigators believe that the same killer is responsible for the deaths of the four women found in December. Their remains have been identified and cause of death appeared to be homicidal asphyxiation or strangulation, sources say.

The remains of the other six victims are being tested for DNA in an attempt to identify them. If and when they are identified investigators will try to locate family members for more information about the victims' backgrounds with the hope that it will lead them to the victims' killer.

While there are no active suspects at this time, authorities tell CBS News the presumed serial killer is likely white, between 25 and 40, intelligent and street-smart.

The FBI is joining the search Thursday with a high-tech imaging aircraft to search for more skeletal remains in the expansive area where 10 victims have so far been found.