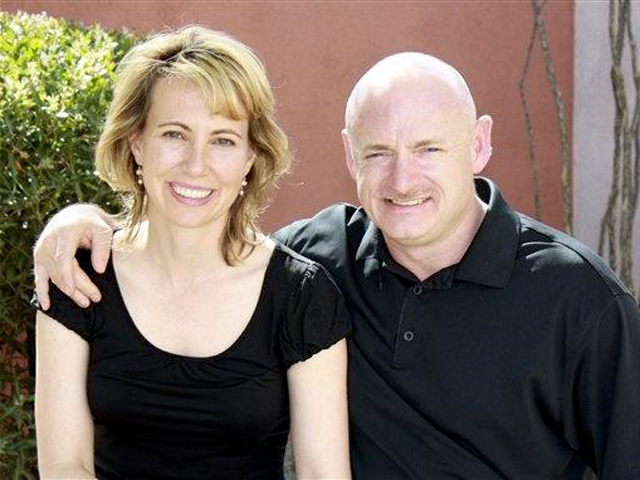 As the countdown begins for the scheduled Friday launch of space shuttle Endeavour, Cmdr. Mark Kelly, along with his twin brother and fellow astronaut, Scott Kelly, sat down for his last interview before the big day, with "CBS Evening News" anchor Katie Couric.

Mark Kelly spoke at length about his wife, Congresswoman Gabrielle Giffords, who was shot in the head during a public forum in Tucson, Ariz., on Jan. 8.

He responded, "Yes -- I've met with her -- her doctors, her neurosurgeon and her doctors. And they've given us permission to take her down to the launch."

"I'll bet you are," Couric said. "What was her reaction when she got the final go-ahead?"

"I think she said, 'Awesome,' and she pumped her fist one more time!" Kelly said.

On "The Early Show," Couric said Mark Kelly observed that the shuttle launch has been a motivating factor in Giffords' rehabilitation.

And, Couric quoted Kelly as pointing out that the trip will give her a break from her grueling schedule.

"She goes through three-to-five hours of rehab every single day at the TIRR Rehabilitation Center in Houston. And she goes through speech rehabilitation, music; she likes to listen to U2. 'It's a Beautiful Day is one of her favorite songs.' And apparently, it also fires up the brain's ability to recognize words and kind of emotional centers, and she obviously goes through regular rehabilitation in terms of teaching her how to walk. She's working on her gait, not developing bad habits. She still needs assistance when she walks, but I think she's making a lot of progress in that arena, too."

Co-anchor Chris Wragge said, "How physically, I guess, taxing is it for her? I've seen some reports that sometimes at the end of the day, it's enough."

"I think it is exhausting. Because I think it's both mentally and physically exhausting," Couric said. "Think about it, three to five hours, and Mark said she's working very, very hard. She's really focused. But you know, there is some good news about, if you can say that, about where she was shot. If it's in the left hemisphere, where she was shot, it affects your right side. So it affects speech, and your ability, your motor control, particularly on your right side. She's learning to write with her left hand, for example."

Couric continued, "But the good news is, that it didn't affect sort of her essence, who she is, her personality, how she interacts with people, how she reads social cues. Mark said one of the things he's learned about her since this incident - well, I think one of the things he's been really in awe of, is her ability to be compassionate towards other people, even when she's going through all of this, she cares about the nurses, when they have to do something tough. She's really concerned about her parents. Obviously, she's concerned about her husband. But he says she is all there in terms of her personality, and who she is."

In order to go to the launch, Couric said, Giffords' doctors needed to make sure Giffords would be safe for travel.

"You know, she still is missing a piece of her skull, that people may not realize," Couric said. "I believe it's in a freezer, and they're going to put that back on, probably fairly soon. But, you know, her hair is growing back, and she has short hair. She wears a helmet, I understand, but doesn't like to wear it all the time because it's pretty hot and uncomfortable. But I think that they were just making sure that she was going to be OK, particularly in the travel to and from."

As for Mark Kelly's welfare, Couric said she asked him about the safety of the mission.

"NASA says there's a 1-in-75 chance that something catastrophic could happen on any mission. But this is not his first time at the rodeo. He's been on three missions already. He knows the risk and reward ratio. But was so nice to hear, as he believes passionately in the space program, and all that it's contributed to us, as society in terms of scientific and medical advancements. And he said computers would never be this small if it weren't for NASA. So you know he obviously weighed this. He was very friendly with three astronauts on Columbia. In fact he had to retrieve some of their bodies and it was very, very tough. But I think he understands the risks, and you know, Gabby was very encouraging. She wanted him to go. So I think that helped him make up his mind, too. And she just, he kept waiting for her to have setbacks, because he was told repeatedly. And he said she just hasn't had setbacks."

Wragge noted doctors say she's in the top five percent of patients recovering with injury like this.

Also, make sure to tune in to the "CBS Evening News" for Couric's full interview with Mark and Scott Kelly. 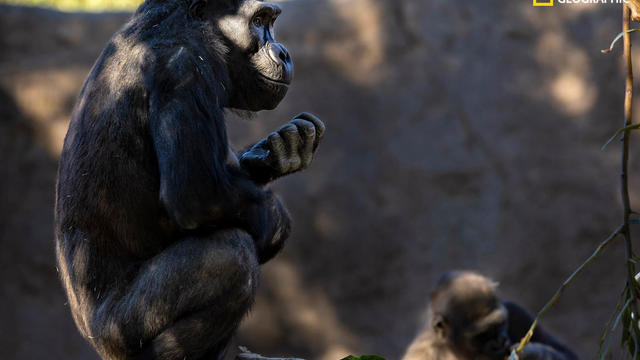