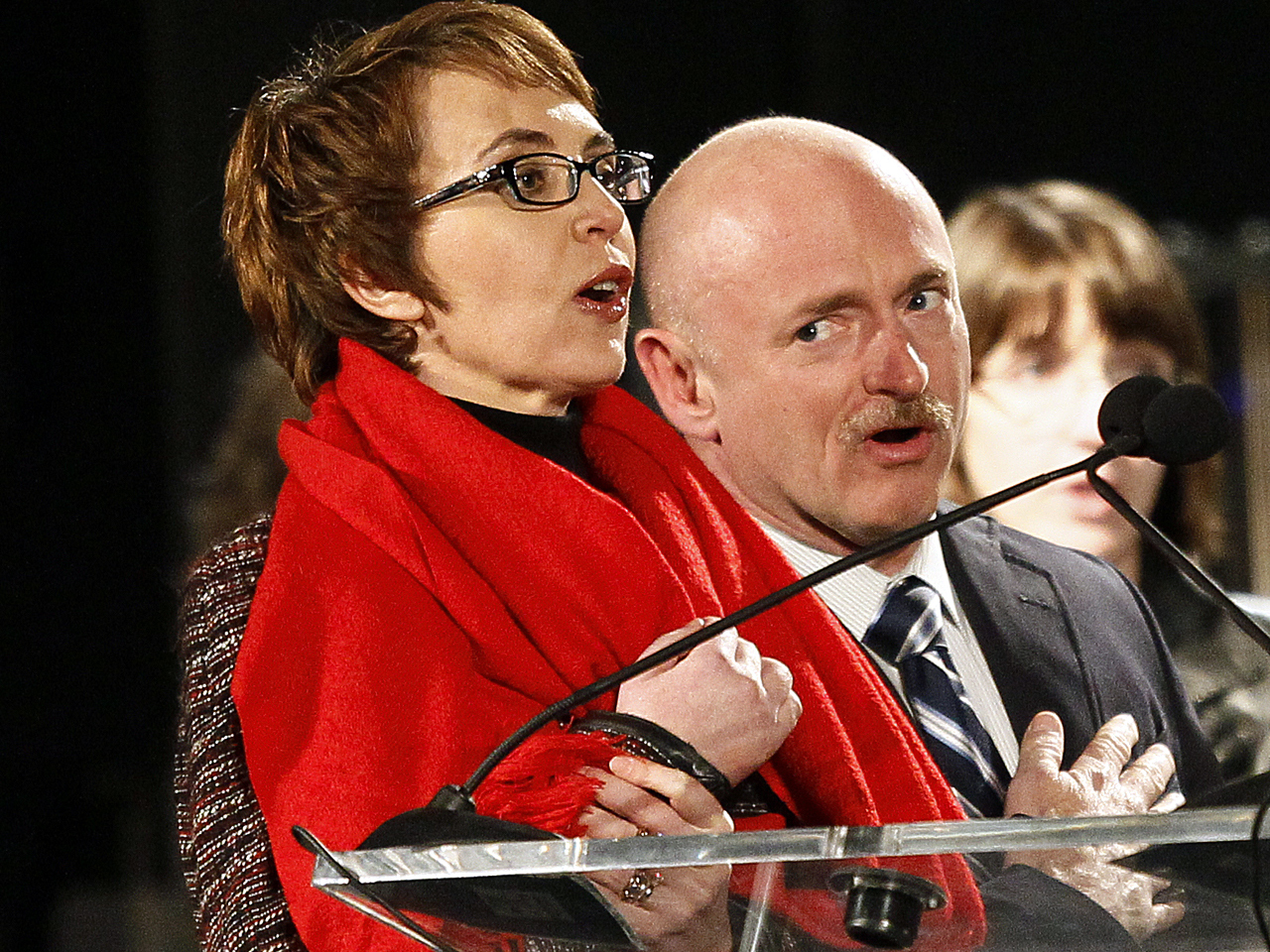 PHOENIX - The race to replace Rep. Gabrielle Giffords begins in earnest Monday as the Arizona congresswoman's planned resignation sets up a free-for-all in a competitive district.

The three-term Democrat announced Sunday that she intends to resign from Congress this week to concentrate on recovering. She was grievously injured just over a year ago in an assassination attempt that shook the country.

"I don't remember much from that horrible day, but I will never forget the trust you placed in me to be your voice," she said on a video announcing her decision.

Interspersed with photos, the video showed a close-up of Giffords gazing directly at the camera and speaking in a voice that is both firm and halting.

Giffords was shot in the head in January 2011 as she was meeting with constituents outside a supermarket in Tucson, Ariz. Six people died and Giffords and 12 others were injured. Her progress had seemed remarkable, to the point that she was able to walk into the House chamber last August to cast a vote.

The shooting prompted an agonizing national debate about super-charged rhetoric in political campaigns, although the suspect later turned out to be mentally ill.

With Giffords stepping down from her seat in southeast Arizona's 8th Congressional District, Gov. Jan Brewer will call a special primary election likely in April, followed by a general election in June. Before the cycle begins for the regular election, the district will be remapped and renumbered as the 2nd Congressional District.

The regular primary for the new district, which will cover most of the current district's territory, was scheduled for August.

The Republican governor acknowledged that the twin election cycles were going to create a mess, especially for potential candidates.

"I think that it's putting a lot of pressure on a lot of people awfully quick, given the fact that they're going to be filling that continuing seat that expires this year, and then we have elections coming (along) new congressional lines," Brewer said. "So there's going to be a lot of confusion in that congressional district."

Giffords would have been heavily favored to win re-election, since she gained immense public support as she recovered from the shooting. She was elected to her third term just two months before she was shot, winning by only about 1 percent over a tea party Republican.

A bevy of Republicans and Democrats have been mentioned as possible candidates for her seat, with several in the GOP already forming official exploratory committees. Republicans who have expressed interest include state Sen. Frank Antenori and sports broadcaster Dave Sitton, among others.

Democratic state lawmakers have been mentioned as possible candidates, as has the name of Giffords' husband, Mark Kelly, although he has publically quashed such speculation.

"That's the great `mentioner' out there, and there are going to be a lot of people mentioned," said Arizona Democratic Party chairman Andrei Cherny. "I think the best rule in situations like this is, `The folks who are talking don't know, and the folks who know aren't talking."'

Those who decide to throw their hat into the ring will face yet another quirk in the race: the deadline to turn in nominating signatures for the general election comes before the special general election.

"I'm sure both parties and candidates of all stripes will in the days to come be thinking wide and hard about this district, and I'm sure there's going to be a very vigorous contest," Arizona Democratic Party chairman Andrei Cherny said Sunday. "But today's about thinking about a member of Congress who's going to be irreplaceable no matter who wins that seat."

Late Sunday night, Giffords' office said she will complete the meet-and-greet political event in Tucson Monday that erupted in the shooting last year. Among those attending will be some of the wounded, those who helped them and those who subdued the gunman. She will also visit a family assistance center set up after she was shot, and event billed as her final act as a congresswoman in her district.

Giffords also planned to attend President Barack Obama's State of the Union address on Tuesday in Washington, D.C. And her political career may not be over, said a state Democratic party official who was among a group that met with her Sunday.

Jim Woodbrey, a senior vice chairman of the state party, said at the meeting, Giffords strongly implied she would run again for office someday. He said the decision to resign came after much thought.

"It was Gabby's individual decision, and she was not in any condition to make that decision five months ago," he said. "So I think waiting so that she could make an informed decision on her own was the right thing to do."