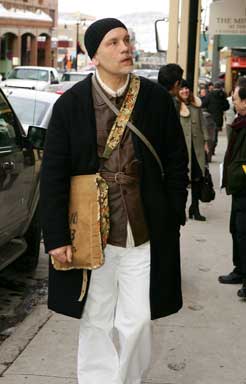 The San Diego Padres came up one short in their bid to surpass the longest winning streak in the club's 30-year history, and they say it's no big deal.

The Giants beg to differ.

Shawn Estes and Robb Nen combined on a six-hitter and Rich Aurilia doubled and singled to drive in three runs as San Francisco stopped the Padres' 11-game winning streak with a 5-2 victory Saturday.

"We don't play for streaks," San Diego's Greg Vaughn said. "We just take one game at a time. It was just one of those things where it didn't work out. We don't have anything to be ashamed of. We had opportunities but sometimes you've got to tip your hat. Shawn Estes made pitches when he had to. He kept us off balance."

Estes (6-5) allowed two runs on five hits in 7 1-3 innings in winning his fourth straight decision. He also struck out six and walked five, helping the Giants end a six-game losing streak to the Padres, five of which came in the past eight days.

"I wanted to beat these guys," Estes said. "I wanted to be the guy that put an end to our six-game losing streak to them, and more importantly get us going back on a winning track and get some confidence again. This was a good win for us."

The Giants also got a boost from Ramon Martinez, who went 3-for-3 with a walk and a run in his major league debut. Subbing at second base for Rey Sanchez, sidelined because of a stiff shoulder, Martinez had a hand in turning three double plays.

Added Aurilia: "It's nice to see a game where we played as were capable. Martinez came up really big. I think he was involved in every rally."

Nen got five outs for his NL-leading 22nd save, converting his 18th in a row, as San Francisco pulled within 4½ games of the first-place Padres in the NL West.

Mark Langston (1-1) allowed three runs on six hits in six innings in taking the loss. He walked four and struck out four.

San Diego's run equaled the club record of 11 straight from April 14-27, 1982, and matched San Francisco's 11-game winning streak from May 29-June 9 for longest in the majors this season. The last major-league club to win 12 straight was Boston in August of 1995.

"You're disappointed that you lost but you knew it was going to come to an end sooner or later," San Diego's Tony Gwynn said. "You just take your defeat and come back out tomorrow and start another one."

The Giants, ahead 3-2 in the bottom of the eighth, added a pair of runs on RBI singles by Stan Javier and Aurilia to make it 5-2.

Down 3-1, San Diego got successive singles from Ken Caminiti and Ruben Rivera to start the seventh. They advanced to third and second on Archi Cianfrocco's sacrifice. Gwynn, pinch hitting for Armando Romero, was walked intentionally and Chris Gomez drew a bases loaded walk to force home San Diego's second run.

Estes then got pinch-hitter Carlos Hernandez to ground into a double play, the third turn by San Francisco on the day.

The Giants went up 3-1 on Bill Mueller's run-scoring single in the fourth and a questionable call by third base umpire Joe West prevented them from getting more.

Chris Jones, who had walked and gone to second on Mueller's single, attempted to steal third and was called out by umpire Joe West. Replays showed Jones sliding into the bag ahead of the throw.

San Francisco took a 2-0 lead in the third. Martinez singled in his first at-bat and Darryl Hamilton also singled before Rich Aurilia doubled to the center field wall, scoring them both.

San Diego cut the deficit to a run when Steve Finley began the fourth with a double, moved to third on a groundout and scored on Caminiti's groundout.