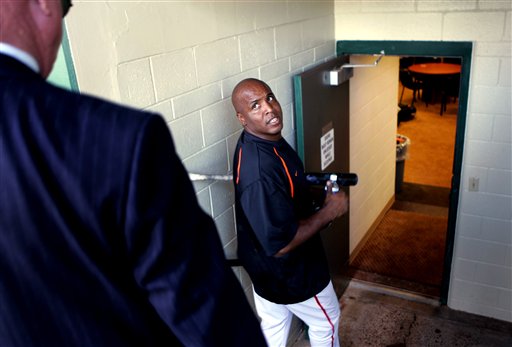 It was so bad, Mike Ditka was almost speechless.

Kent Graham ran for a touchdown and then broke the game open by throwing for two more scores in the final 63 seconds of the second quarter as the New York Giants routed the New Orleans Saints 31-3 Sunday.

"Obviously, there is not much you can say about today," Ditka said in a postgame news conference that lasted 80 seconds. "We were disorganized offensively and played just as bad on defense."

New Orlean's worst loss of the season came just a week after the team fined the emotional Ditka $20,000 for making obscene gestures to fans at the Superdome after they booed the team.

"I guess we are the elixir that makes everybody happy," Ditka said. "When we show up, everyone else seems to get better. We will keep trying. You can't blame anybody. I have to take the fall. It's my responsibility to get them ready to play."

Unlike the last four games where the Saints (1-5) blew the lead in the final quarter, they never led as New York (4-3) finally found a big-play offense to go along with its outstanding defense.

Coming into the game, the Giants had been limited to 84 points, which included 21 scored by the defense and special teams.

"I give the offense an A-plus today," said linebacker Jessie Armstead, who set up New York's final touchdown with a 31-yard interception return. "They have had a lot of adversity, but they finally came through today."

Graham, whose job has been in jeopardy in recent weeks, completed 19 of 29 passes for 239 yards and an interception.

He scored on a 6-yard run to give the Giants the lead for good late in the first quarter. He later connected on TD passes of a 27 yards to Amani Toomer and 53 to Joe Jurevicius, the last one on a tipped toss on the final play of the half following some questionable timeouts by Ditka.

"It's a great relief to put some points on the board," center Brian Williams said after the Giants' biggest offensive game of the season. "We just have to keep on doing it now, no letdowns."

Rookie Joe Montgomery, seeing his first action of the season, added a spinning 12-yard touchdown run in the third quarter, one play after Billy Joe Tolliver (14-for-33 for 176 yards) threw his second of three interceptions.

But Montgomery later broke a toe on his left foot and will be out 3-4 weeks.

Doug Brien kicked a 25-yard field goal in the first quarter for the Saints, who were limited to 84 total yards in the first half and 270 for the game.

The Giants, who were averaging 268.7 yards and 14 points, used a couple trick plays to gain 321 yards 266 in the first half and win their second straight game.

"Offensively I thought we came out and did what we have been saying all along we could do, and that was against a good defensive unit," Graham said.

A 23-yard pass to Toomer and a 24-yard run by Ike Hilliard on a double-reverse set up Graham's first touchdown run of the year. It came on a third-and-goal scramble that also broke a scoring drought by the offense of 185 minutes, 23 seconds, dating to the first quarter of the Eagles' game on Oct. 3.

New Orleans got its score on the next possession, driving 60 yards in seven plays to set up Brien's field goal. A 29-yard pass from Tolliver to Aaron Craver and a 22-yard run by Ricky Williams (24 carries for 111 yards) set up the chip-shot field goal, which came on fourth-and-1 from the New York 8.

Bashir Levingston's 32-yard kickoff return set up a 41-yard field goal on the next series by recently signed Cary Blanchard.

The Saints had a chance to tie the score on the next series when they ran a halfback option on third-and-2 at their 36. Eddie Kennison got 20 yards behind the defense, but Lamar Smith's pass into the wind missed him by at least 0 yards.

Graham showed some great touch, hitting Toomer on a 27-yard fade pattern in the left corner of the end zone with cornerback Tyronne Drakeford running with him.

"It felt good when I let it go," Graham said. "I put it where he could catch it and Amani made it work."

Jurevicius's touchdown was the result of poor decision-making by the Saints, who called two timeout with the Giants seemingly willing to run out the clock with a 17-3 lead.

The first timeout came with 52 seconds left after the Saints lost five yards on a first-down run at their 28. The second came with 17 seconds to go after a 9-yard pass by Graham left the Giants with a third-and-1 at its 31.

Graham sneaked for the first down. After a New York timeout and an offsides penalty against the Saints, Graham threw a long pass that deflected off the hands of safety Sammy Knight and Toomer and went right to Jrevicius for a 24-3 lead.

"Believe it or not, we work on that play every week in practice," Jurevicius said. "The only job I've got to do is get down there and get behind and wait for the tip."

Knight said his job is to knock the ball down.

"You see that play happen every so often and they made the play and we didn't," Knight said. "You never want that to happen as a defensive player."