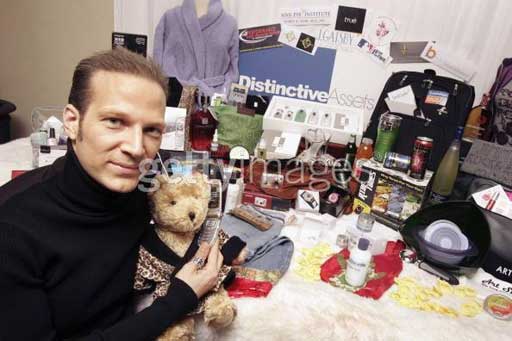 The San Francisco Giants and St. Louis Cardinals had been playing for so long, only a few of the 30 people Bill Mueller left tickets for were around to see him get the winning hit.

Mueller, who is from St. Louis, ended another marathon between the teams with a 14th-inning RBI single for a 5-4 victory Saturday night that extended San Francisco's winning streak to eight games.

"At the end, there were only a couple of buddies and they were full of beer," Mueller said. "And my mother and father. Everybody else had left."

Brent Mayne walked off Sean Lowe (0-2) to start the 14th and advanced on a sacrifice. Darryl Hamilton also walked before Mueller, who was 2-for-7, dumped a single into shallow center that barely brought home Mayne in time.

Mueller said he approached the at-bat like it was the first inning.

"You just keep plugging," he said. "You fight, keep pushing, and find a way to win."

Rich Rodriguez (1-0), San Francisco's seventh pitcher, worked three scoreless innings as the Giants moved into first place in the NL West, a game ahead of San Diego. The winning streak is their longest since they won nine in a row April 9-20, 1997.

"I told myself I could go four innings, and after the second inning I was thinking six," Rodriguez said. "My sinker was breaking better the wearier I got. So I just kept throwing my sinker."

San Francisco won despite stranding 19 runners, including seven in the 11th, 12th and 13th. But Giant relievers limited the Cardinals to three singles in the final eight innings.

"It's a cruel game," Cardinals manager Tony La Russa said. "Losing that game was cruel, but that's the way it turned out."

The five-hour, nine-minute game was the third extra-inning contest in nine meetings between the teams, with previous marathons of 17 and 12 innings. The Giants have won two of them.

Mark McGwire, who hit his major league-leading 28th home run Friday night had a quiet 0-for-3 night largely due to the Giants' respect for his dangerous bat. He drew three intentional walks, the last with one out and nobody on by Rodriguez in the 13th.

McGwire has drawn 11 intentional walks, one fewer than NL-leader Bonds, who was intentionally walked in the 11th inning.

Hamilton's two-run triple in the ninth off Curtis King tied it. The Giants then loaded the bases before Lance Painter struck out Stan Javier on a 3-2 pitch to end the inning.

Delino DeShields had his second four-hit day of the seson and scored twice for St. Louis. DeShields replaced Ron Gant, benched for the second straight game after going 12-for-66 at the top of the order.

The Giants got away with the first intentional walk to McGwire when Ray Lankford and Gary Gaetti struck out to end the third. Lankford, who had been 2-for-21, foiled the strategy in the fifth with an opposite-field RBI single that tied the score. Tom Pagnozzi also had an RBI single in the inning to put the Cardinals ahead 2-1, and Hunter had a run-scoring single in the sixth.

San Francisco got its first run in the fifth when left fielder Hunter missed the ball on Hamilton's single and Reuter scored from first. Javier's RBI single with two outs in the eighth chased Stottlemyre.

Notes: DeShields was 3-for-3 against Reuter after entering the game 2-for-17 for his career. ... Cardinals cleanup hitter Brian Jordan, batting .354, sat after having a sore left wrist checked by doctors for the second straight day. He expected to play Sunday. ... Reuter's early exit ended a streak of seven straight victories by Giants starters. Reuter, who is from nearby Hoyleton, Ill., was 3-0 with a 1.44 ERA in his previous four outings in Busch Stadium. ... Stottlemyre struck out in all four at-bats and has fanned 23 times in 38 at-bats. He has six hits. ... Gaetti robbed Jeff Kent twice, stopping his shot down the line in the fourth and then ranging far to his left to throw him out again in the eighth.