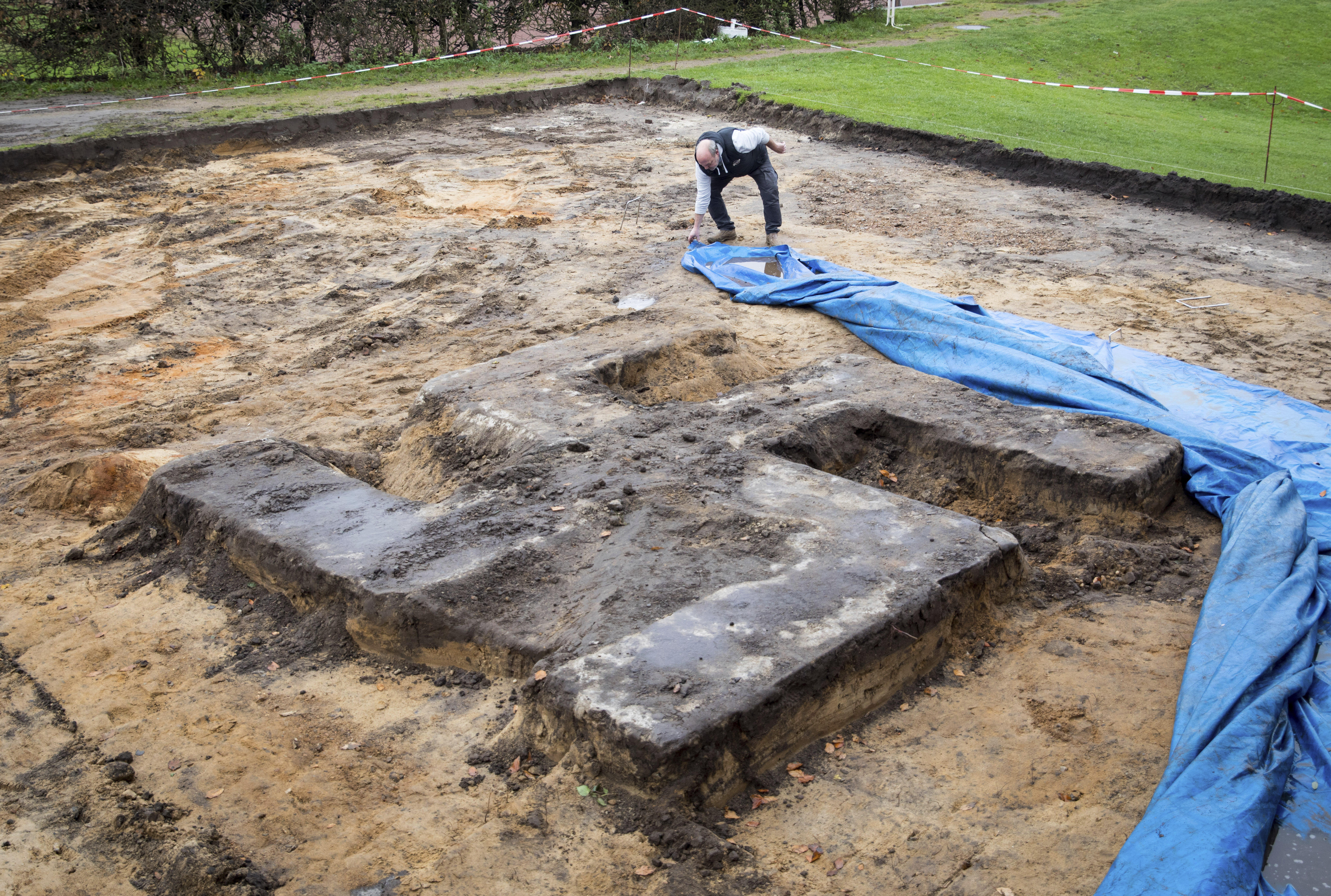 BERLIN -- Construction workers in Germany have unearthed a giant concrete swastika on a sports field in the northern city of Hamburg.

The German news agency dpa reported Tuesday workers were digging in the ground with an excavator to build changing rooms when they suddenly hit the 13-by-13 foot Nazi symbol.

Members of the sports club at the Hein-Kling stadium in the city's Billstedt district told dpa the swastika served as a foundation for a monument that was torn down decades ago.

City officials say they want the swastika, which was buried 1.3 feet below the ground, gone as quickly as possible. Because it's too heavy to be transported away, they are planning to destroy it with jackhammers.