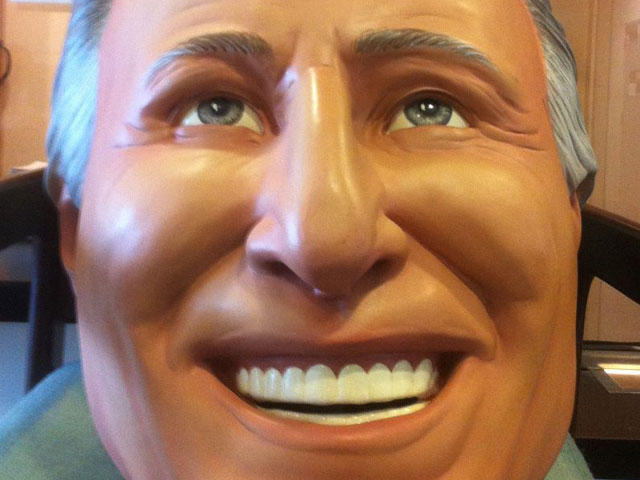 (CBS/AP) While his co-hosts may frequently accuse him of losing his head during his college football predictions, Lee Corso of ESPN's "College GameDay" actually did lose his head for a little while Saturday.

Two former University of Oregon students are accused of stealing the $5,000 giant mascot head of Corso from the set of "GameDay" after the annual game between rivals Oregon and Oregon State, reports the Associated Press.

August Cuneo, 26, of Eugene, Ore., and Alexander Westerberg, 25, or Harrisburg, Ore., were cited Monday afternoon after an Oregon State employee found the head about 25 miles from the Oregon State campus.

Arrangements were being made to return the mascot head to ESPN.

Cuneo was strolling through the Oregon State campus Saturday when he spotted the head, grabbed it, and hid it in some bushes, reports the daily Oregonian.

Westerberg arrived in his car and the two men drove off to Eugene. The former Oregon students, who according to police never graduated, had second thoughts about keeping the grinning giant head and dropped it off at an Oregon State employee's house in Harrisburg, reports the paper.