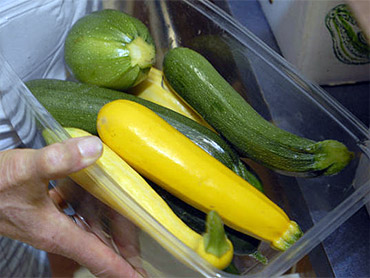 The Erie Times-News reports more than a dozen squash, some weighing nearly 90 pounds, were stolen from the garden of Elk County man Kenneth Patterson, according to Pennsylvania State Police.

Police say four Hubbard squash weighing between 70 and 90 pounds have been taken.

The newspaper says about a dozen other smaller squash, weighing about 8 pounds apiece, were also taken from the 70-year-old's garden.

So keep an eye out for about 400 pounds of suspicious looking squash.