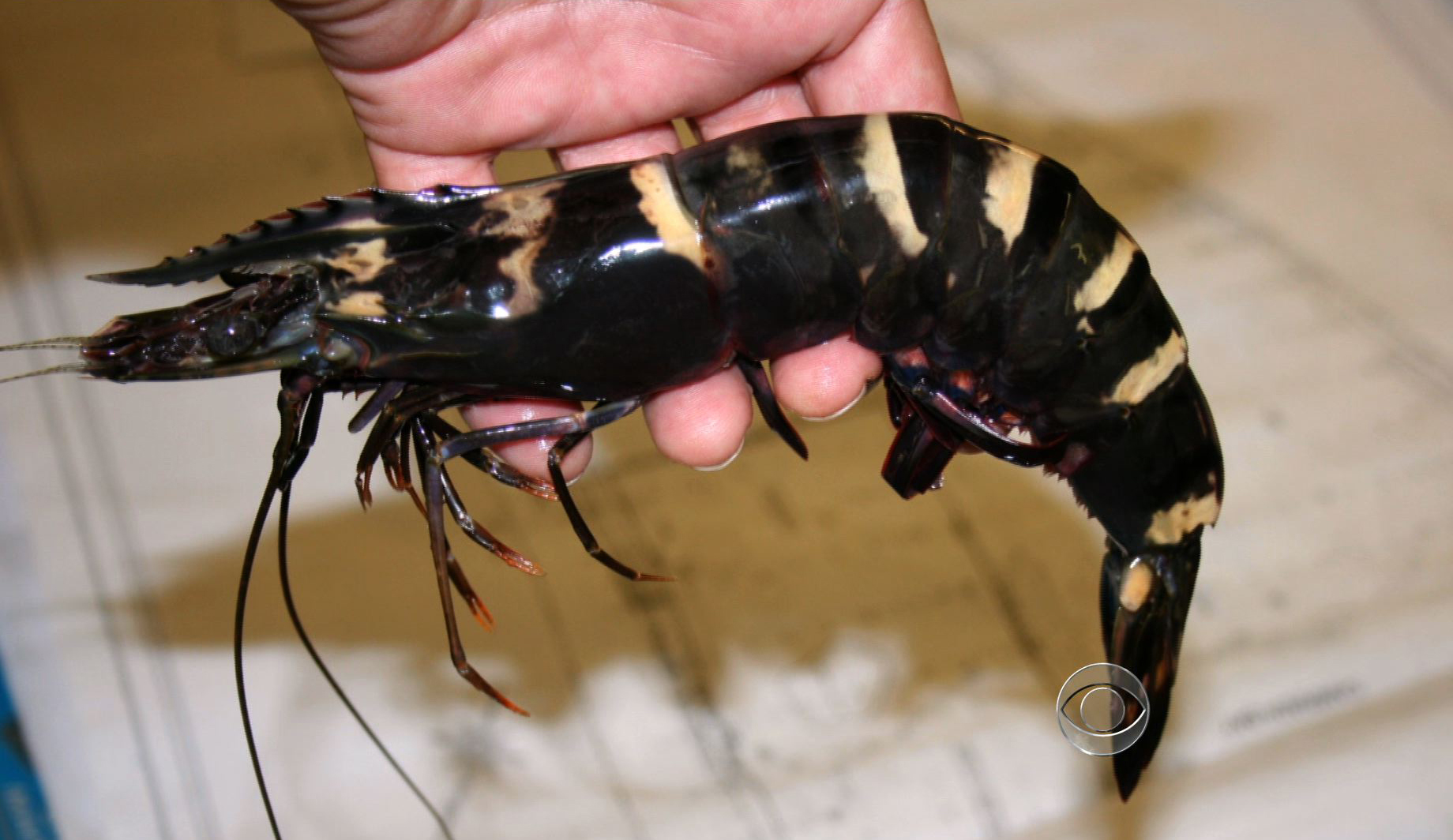 (CBS News) DULAC, La. - Shrimping season opened Monday off Louisiana and fishermen can't get over what they're now finding in their nets. Some say the coastline is under invasion. The giant invaders are valuable, but may be destroying the Gulf ecosystem.

From Texas to North Carolina, fishermen have been catching giant shrimp, big enough to stretch across a 12-inch dinner plate.

But he had never caught one of these until last April, when he netted seven in one month.

"I didn't know what to think," Mason said. "We dumped the net and that popped out on top and I said, 'My god what a big old shrimp.'"

Mason has sold a few for top dollar.

"That's the most expensive shrimp I've ever sold in my life," he said. "Eight dollars apiece."

The Asian tiger prawn, native to the western Pacific, is edible but worrisome -- an invasive species in waters off the southeastern United States.

The U.S. Geological Survey says they may have escaped from Caribbean aqua-culture farms, or from the water tanks of passing ships.

Kim Chauvin, a fourth-generation seafood wholesaler, weighed one that was three-quarters of a pound.

The size is astounding, but the arrival of the creatures gives even a seafood seller pause.

"That's the worrisome part," Chauvin said, "because you're wondering what the feeding part is. You're going, 'Wow, how much does it eat in one day?'"

Asian tiger prawns have voracious appetites, and feed on crabs, mollusks and smaller shrimp. They reproduce at three times the rate of native Gulf shrimp. Each female can produce 1.5 million eggs a year.

Chauvin and some marine ecologists worry that they could eat through native habitats.

"It's the unknown, the fear of the unknown. Cause in our industry you need to know what's going on all the time just for the ecosystem," Chauvin said.

Fishermen have collected another 50 Asian tiger prawn caught this year for federal researchers to study. They're all trying to decide whether these giant shrimp are a new threat, or a new market.