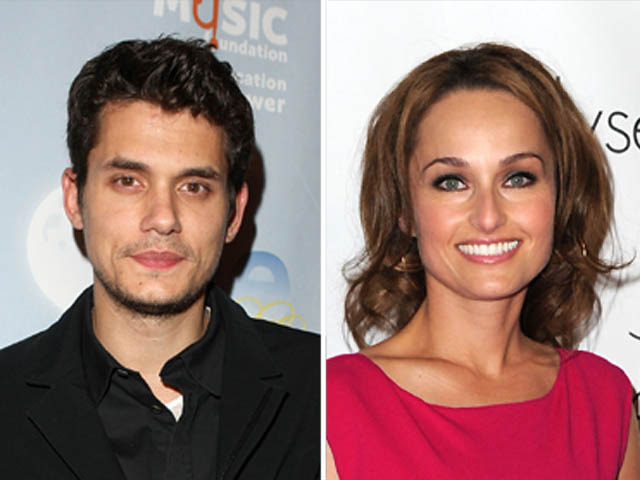 "It is a shame a media outlet such as Star needs to rely on disgraceful lies and hide behind false anonymous 'sources' in order to entertain their readers," a rep for De Laurentiis said on her website.

On Wednesday, the magazine reported that the 40-year-old "Everyday Italian" host was spotted getting cozy with Mayer at The Standard Hotel in New York last month.

The story cited an eyewitness who claimed "they looked like two people who were going to go home together."

Although her rep confirmed that the two briefly met at a charity event back in 2007, she said that "they are not friends and cannot even go so far as to call John Mayer an acquaintance.

De Laurentiis, who has a two-year-old daughter with husband and Anthropologie designer Todd Thompson, wrote on her Twitter account Wednesday that she was "heartbroken" when she learned of the report.

A rep for Mayer also dismissed the story and told US magazine, "the claims are absolutely ridiculous."