This column was written by the Editors of National Review Online.

Judging by their recent statements, you'd think Hillary Clinton and Barack Obama were about to cosponsor legislation mandating that 18-year-old women register with the Selective Service System. During last week's CNN/YouTube debate, they both explained that they oppose a draft but believe that, if there is one, both men and women should be conscripted. Sen. Chris Dodd agreed that including women "would be the fair thing to do," and former senator Mike Gravel underscored the point by asking, "What's the difference?" Republican presidential candidates should be eager to answer his rhetorical question and challenge the Democrats' radical and reckless notions of "equality."

Although the candidates attempted to shift the subject to the importance of "national service," young men don't register with the Selective System Service in order to teach in inner-city schools, serve the needy on Indian reservations, or clean up national parks. Should national defense require a draft, registered young men would have to serve involuntarily in the military's combat ranks. Democratic candidates for president think young women ought to be compelled to join them.

The Supreme Court upheld the constitutionality of the Selective Service's male-only registration requirement in 1981. The Court reasoned that the purpose of registration "was to prepare for a draft of combat troops." With women exempted from combat, their inclusion in draft registration just to place a small number of them in non-combat positions struck the Court as unduly burdensome.

Do Clinton and Obama want to see the combat exemption for women eliminated? Current military policy doesn't adopt a phony gender equality by requiring women to serve in positions where they are less likely than men to survive. Studies show that only the top five percent of women perform at the male median on physical tests. Scores on such tests throughout the military are "gender-normed" to accommodate the real differences between men and women — differences that have consequences on the battlefield.

Consider, also, that Clinton and Obama's plan would cause young fathers and mothers alike to be conscripted in the event of a draft. Do they really believe that it makes no difference which sex does the soldiering and which the mothering? If so, they should say so clearly.

Military women serving in Iraq and Afghanistan are in greater danger than women in any previous deployment, and an unprecedented number have been killed by hostile fire. That is because the Clinton administration threw out the "risk rule," which prohibited the assignment of women to roles near (though not directly involved in) combat. We hope that the Democratic candidates have launched a long-overdue debate about the proper role of women in the military. And we look forward to watching Clinton and Obama on the campaign trail, explaining to parents why their daughters should be eligible for the draft. 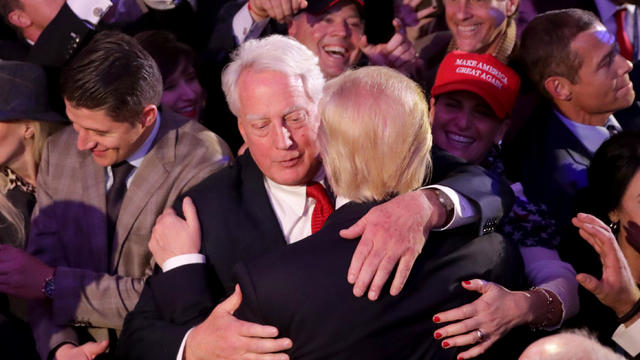 A senior administration official said the president "has a very good relationship with his brother."