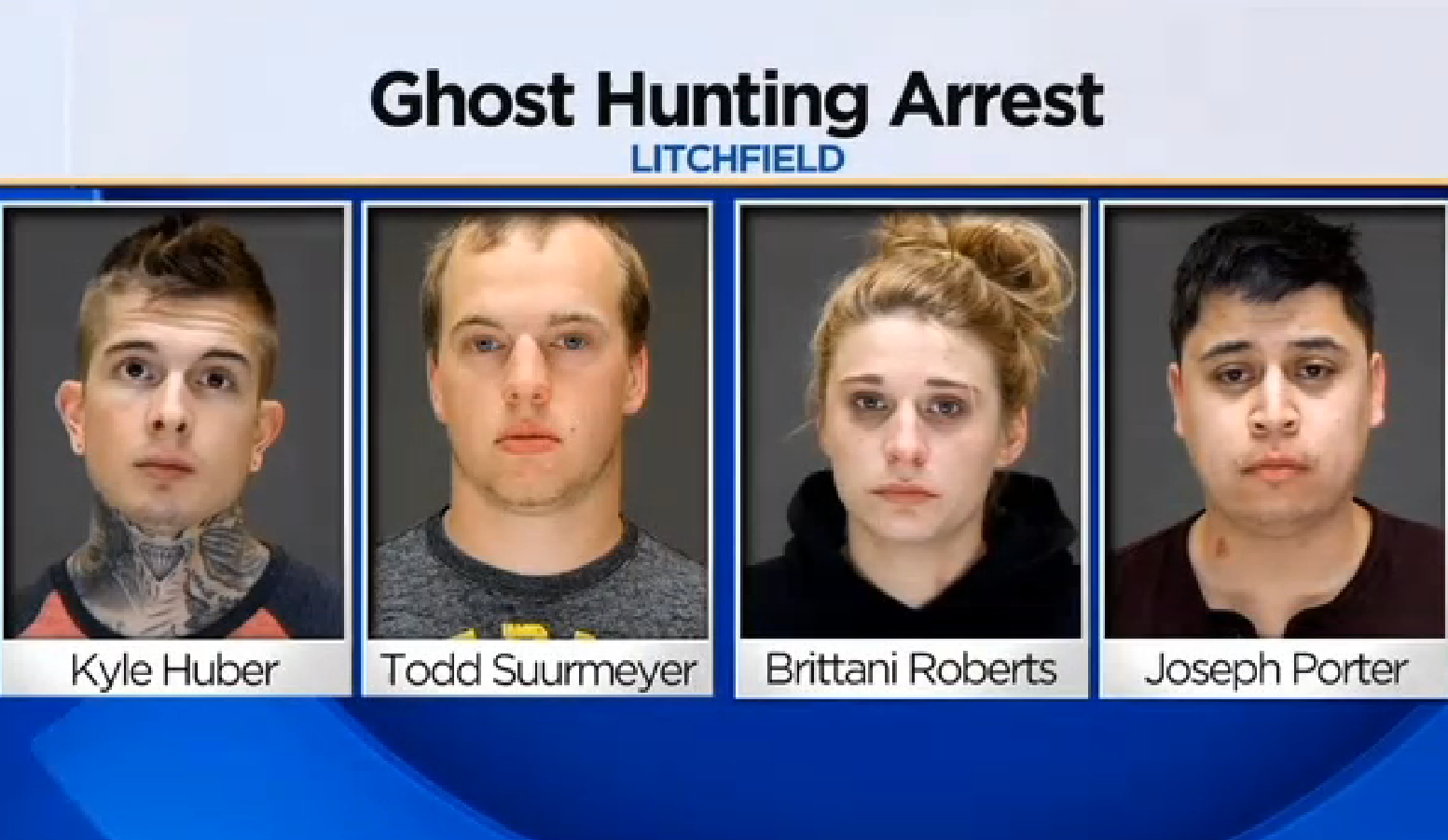 Police responding to a burglary alarm at the The Ness Church in Litchfield, Minn., in the wee hours of Sunday morning saw a vehicle leaving the area and reportedly stopped the car to arrest the driver and passengers.

According to CBS Minnesota, the church has been the target of ghost-hunters for years, some of whom have posted YouTube videos of what they say are confirmed sightings -- claims church officials consider bogus.

The suspects Sunday allegedly gained access to the church by breaking several windows. They are also accused of having smashed part of a monument that marks where the first five of an eventual 490 victims of the 1862 U.S.-Dakota War with the Sioux were buried. A window of an outbuilding was also broken, according to CBS Minnesota.

Church officials say they readily give tours of the historic site to prove there are no ghosts.

Authorities, meanwhile, say patrols are being stepped up, too -- not to catch ghosts, but to prevent future break-ins.