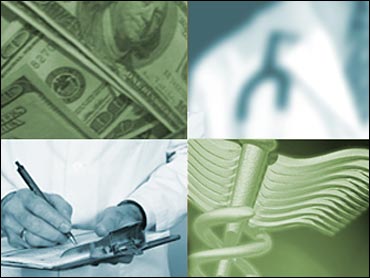 The Medicare administrator "undermined the integrity" of Medicare's contracting system by retaliating against a University of Wisconsin researcher who questioned aspects of the agency's program for comparisons of nursing homes, government investigators reported.

Investigators from the General Accounting Office concluded that administrator Thomas Scully canceled up to $1.6 million in new work for Wisconsin's Center for Health Systems Research & Analysis last September - the same day it had been approved by Medicare staff.

"There is no entitlement to government contracts — especially when you try to sandbag the agency you contract with," Scully, who heads the Centers for Medicare & Medicaid Services, said last fall in an e-mail to David Zimmerman, head of the Wisconsin research center.

Another e-mail to Zimmerman included in the GAO report was even more blunt: "If you want to continue to yank my chain, I will continue to disconnect you from this agency."

Congress' investigative agency said Scully left aides with the impression that the Zimmerman's center should receive no new contracts. The center has received none since the initial September blowup, although a future assignment has been approved.

Scully said Monday he would not comment on the investigative report.

In a written response to the findings, an executive of the parent Department of Health and Human Services, Jacquelyn White, criticized the university center.

Contending Zimmerman was obstructing and deterring the effort to solve nursing home problems, White wrote: "The center, due to the body of work it had performed over the years, had become part of the problem, not the solution."

She added that the Medicare director never instructed his staff to prevent the Wisconsin center from receiving more government work, but she acknowledged the aides may have been left with that impression.

"Action by a high-level government official to unfairly deny a contract or the opportunity to compete for a contract is an intolerable threat to the integrity of the procurement process," Grassley wrote to Scully's boss, Health and Human Services Secretary Tommy Thompson.

Zimmerman, the university director, angered the top Medicare official by suggesting changes in the standards used to allow the public to compare nursing homes.

Zimmerman's letter was sent just weeks before Scully was to expand the consumer comparison program from a six-state pilot project to a nationwide initiative.

Also, the letter came two days before the Medicare staff awarded new work to approve a nursing home survey. Scully instructed the prime contractor, the RAND Corp., that the Wisconsin center must be dropped as a subcontractor.

"I don't think it is too much to ask the participants in that process not to rip it apart when it is put in place," Scully wrote Zimmerman in another e-mail.

Scully told the investigators that the university director "had worked against consensus and was unwilling to compromise."

At one point, Scully wrote the university researcher, "I am sure your work with us will continue. But the government has no requirement to contract with anyone."

While Scully's e-mail appeared to have had a mixed message on future government work, the investigators found evidence "that senior (Medicare) officials intended to exclude the center from other ... contracting opportunities based on their understanding of the administrator's direction."

Last Jan. 29, one Medicare official e-mailed another that despite a contractual relationship with the Wisconsin center, "We have no intention of awarding it work under the contract based upon (the administrator's) instructions."

Citing several similar e-mails from Medicare staff members that suggested the center was not to be given more work, the GAO said the actions amounted to an improper exclusion from government contracting.

The GAO recommended that Thompson remedy Scully's retaliation, possibly by restoring the Medicare survey work to the Wisconsin center. It also asked Thompson, a former governor of Wisconsin, to review contracting decisions affecting the center since the September 2002 award was withdrawn, to assure the decisions were reasonable.

Zimmerman said in an interview he had not seen the report but denied that he had been disloyal to the nursing home comparison project.

"I felt there were some issues with respect to specific measures that may make it more complicated to consumers," he said. "I had never been critical of the initiative itself. I thought it was an excellent idea and still do."