As millions of Barack-o-philes prepare to descend upon the nation's capital, the Presidential Inaugural Committee has opened a memorabilia store in downtown Washington, D.C.

Obama devotees who want a tangible reminder of the historic inauguration can purchase standard souvenir fare such as t-shirts, caps and coffee mugs. But there are also a few less conventional items for sale.

Livestrong wristbands were so 2004. For the low price of $4, you can purchase this blue Barack Obama wristband and wear it proudly to "remember the historic day of 01.20.09 every day."

It may look a bit like one at first glance, but that's no Lincoln penny below. For $60, you can be the proud owner of one these stately Obama medallions complete with the Presidential Inaugural Seal (not to mention a certificate of authenticity). 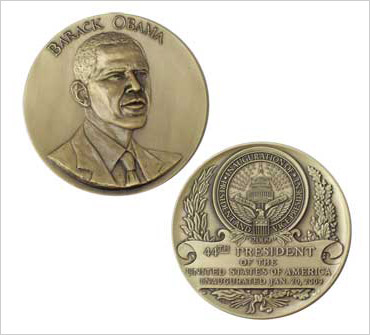 And for the littlest Obama fans, kids can start saving up for 2012 reelection campaign donations by filling their shiny, new Barack Obama piggy bank. 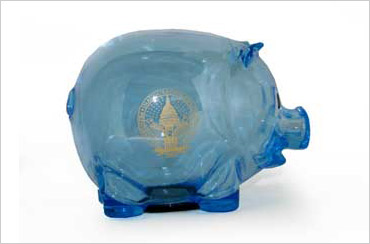