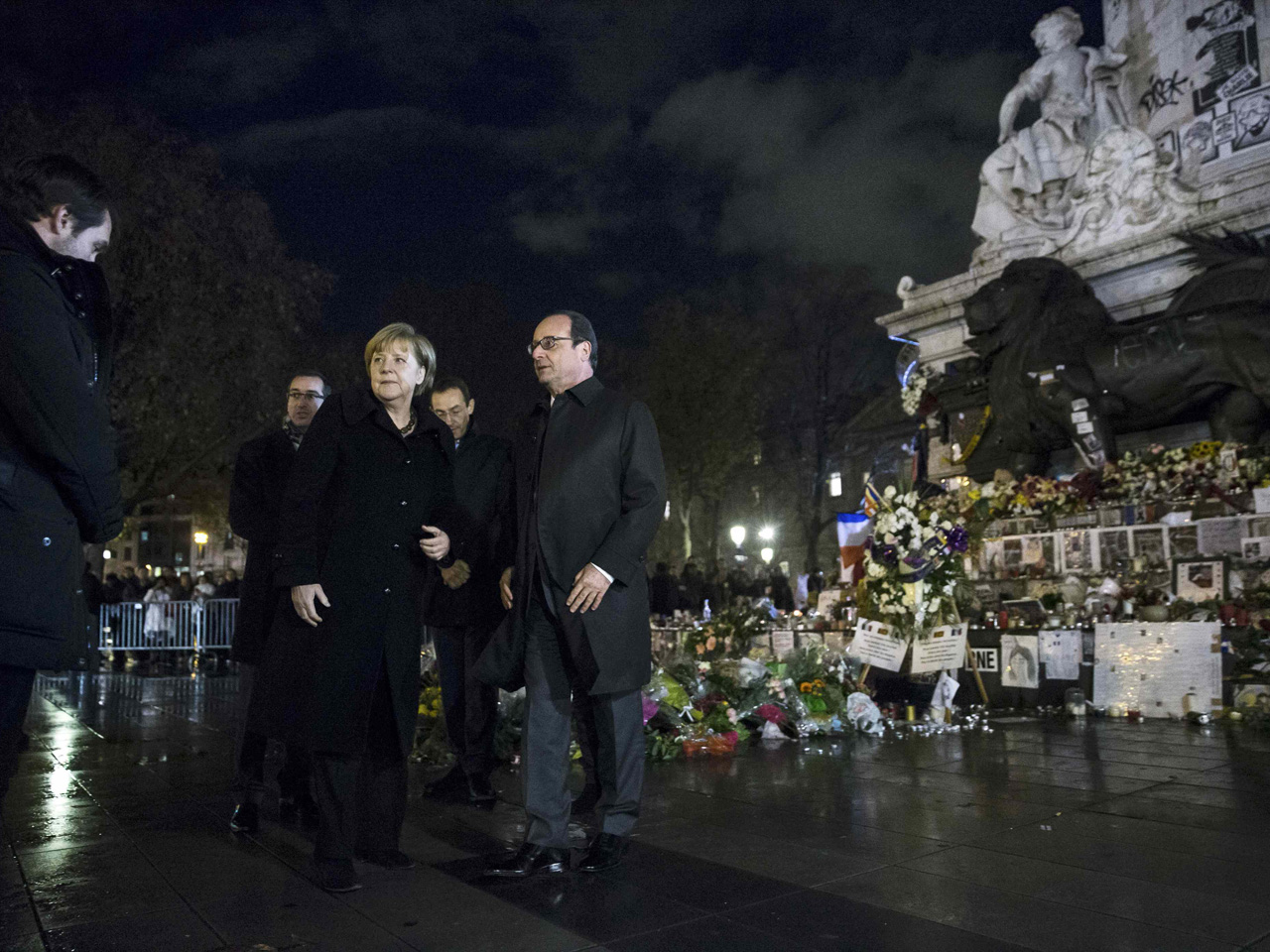 PARIS -- During a visit to Paris on Thursday, Chancellor Angela Merkel said Germany will do more in the fight against the Islamic State group, and that her country will do everything it can to prevent attacks such as that in Paris on Nov. 13 from occurring again.

"We are stronger than any terrorism. Nevertheless, terrorism must be fought with all possible force. And here we want to stand by France's side," Merkel said ahead of a working dinner with French President Francois Hollande in Paris.

"If the French president asks me to think about what more we can do, then it's our task to think about that and we will act quickly," she said, adding that ISIS "can't be convinced with words, it must be fought with military means."

During the visit, she laid a single white rose at the foot of the column standing in the center of the square.

French President Francois Hollande had said he would like Germany to do more in the fight against ISIS.

Germany currently provides weapons and training for Kurds fighting against ISIS in Iraq.

Hollande was in Washington on Tuesday for talks with President Obama. Earlier this week, Obama asked more nations to join the fight against ISIS.