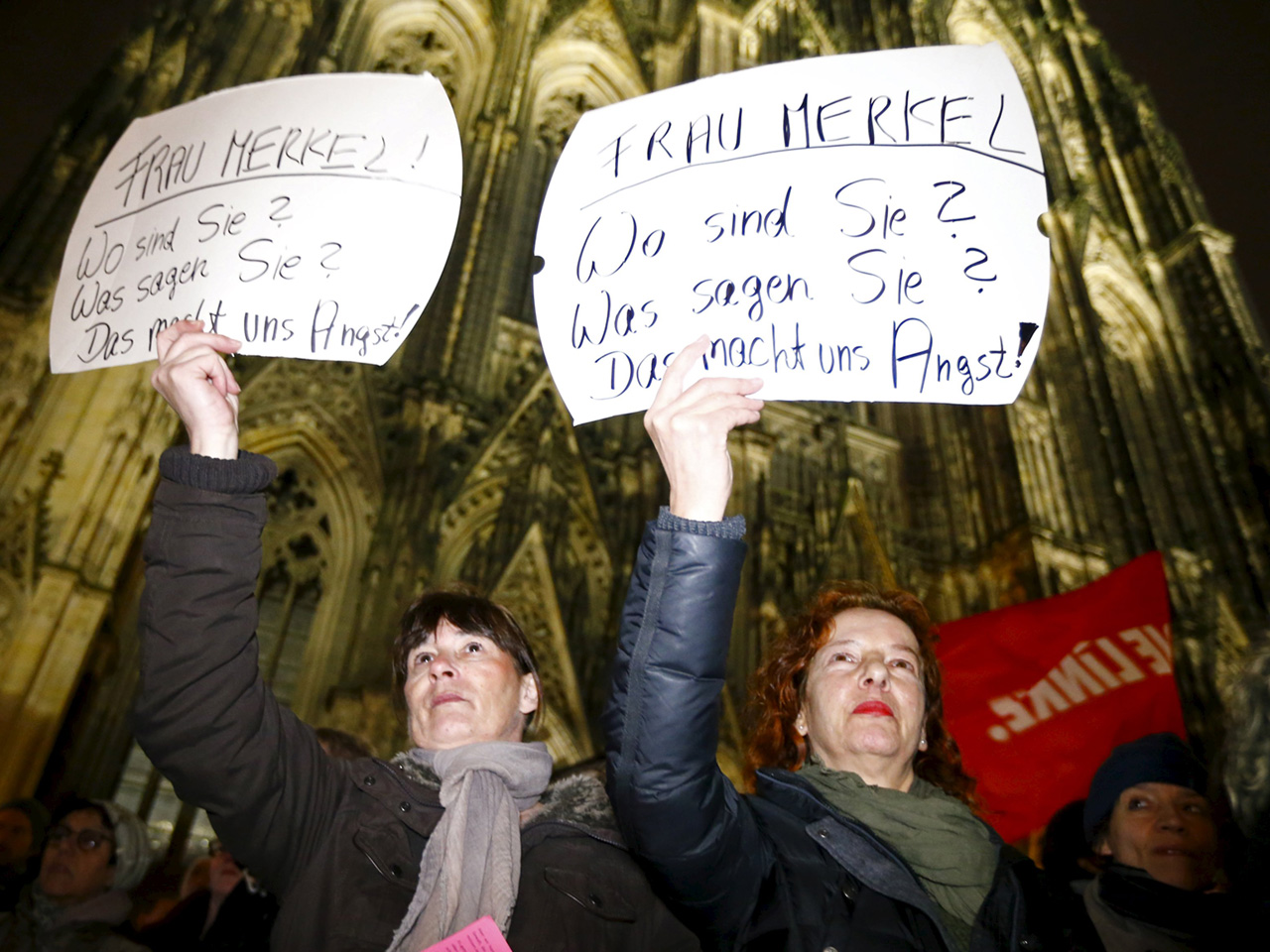 BERLIN - German Chancellor Angela Merkel voiced outrage Tuesday at a series of sexual assaults in the western city of Cologne on New Year's Eve, saying the perpetrators need to be found as soon as possible.

Merkel called Cologne's mayor Henriette Reker to express her concern about the assaults, which took place around Cologne's main train station, next to the city's famous cathedral.

"The chancellor expressed her outrage about these despicable assaults and sexual attacks, that demand a hard response by the forces of law," Merkel's office said in a statement.

The chancellor also called for everything to be done "to find the perpetrators as quickly and comprehensively as possible and to punish them without regard to their origin or background," it said.

The incident has sparked a debate about the behavior of migrants in Germany after witnesses and police described the perpetrators as being of "Arab or North African origin."

Germany took in about one million migrants last year -- far more than any other European country -- and their arrival has sparked a rise in violence and right-wing rhetoric around the country.

Reuters reports the right-wing Alternative for Germany (AfD), which has gained in polls in part at Merkel's expense thanks to a campaign against refugees, has seized on the incident to call again for a closing of Germany's borders. Much of Europe has now abandoned their open-border policy as the migrant crisis deepens and terrorism worries compound.

"Mrs Merkel, is Germany 'colorful and cosmopolitan' enough for you after the wave of crimes and sexual attacks?" tweeted AfD chief Frauke Petry.

Police said the men in the Cologne incident had gathered in large numbers near the train station, drinking alcohol and releasing fireworks along with other revelers.

"We don't currently have any suspects, so we don't know who the perpetrators were," Cologne's police chief Wolfgang Albers told reporters. "All we know is that the police at the scene perceived that it was mostly young men aged 18 to 35 from the Arab or North African region."

Cologne's mayor also cautioned against hasty conclusions about the perpetrators.

"It's completely improper ... to link a group that appeared to come from North Africa with the refugees," Reker said.

Police say dozens of women reported being sexually assaulted and robbed during the night from Thursday to Friday. At least 90 criminal complaints have been filed, including one allegation of rape.

Police said the incidents occurred when about 1,000 men split into gangs as officers cleared a square to stop fireworks being thrown from the top of steps into the crowd below, according to Reuters.

Albers expressed regret that initial police reports of the New Year's festivities contained no mention of the assaults.

"The full extent of the assaults, particularly the sexual assaults, only became apparent to us the following day," he said.

Separately, police in the northern city of Hamburg appealed for witnesses who observed similar sexual assaults and thefts in the St. Pauli district on New Year's night.

Cologne's mayor, who held a crisis meeting with police officials Tuesday, said her city would step up measures to prevent such attacks during the annual Carnival festivities next month, during which alcohol-soaked street parties are the norm.

"We will also have to explain our Carnival better to people from other cultures, so that there's no confusion about the cheerful behavior in Cologne that has nothing to do with candor, especially candid sexuality," Reker said.