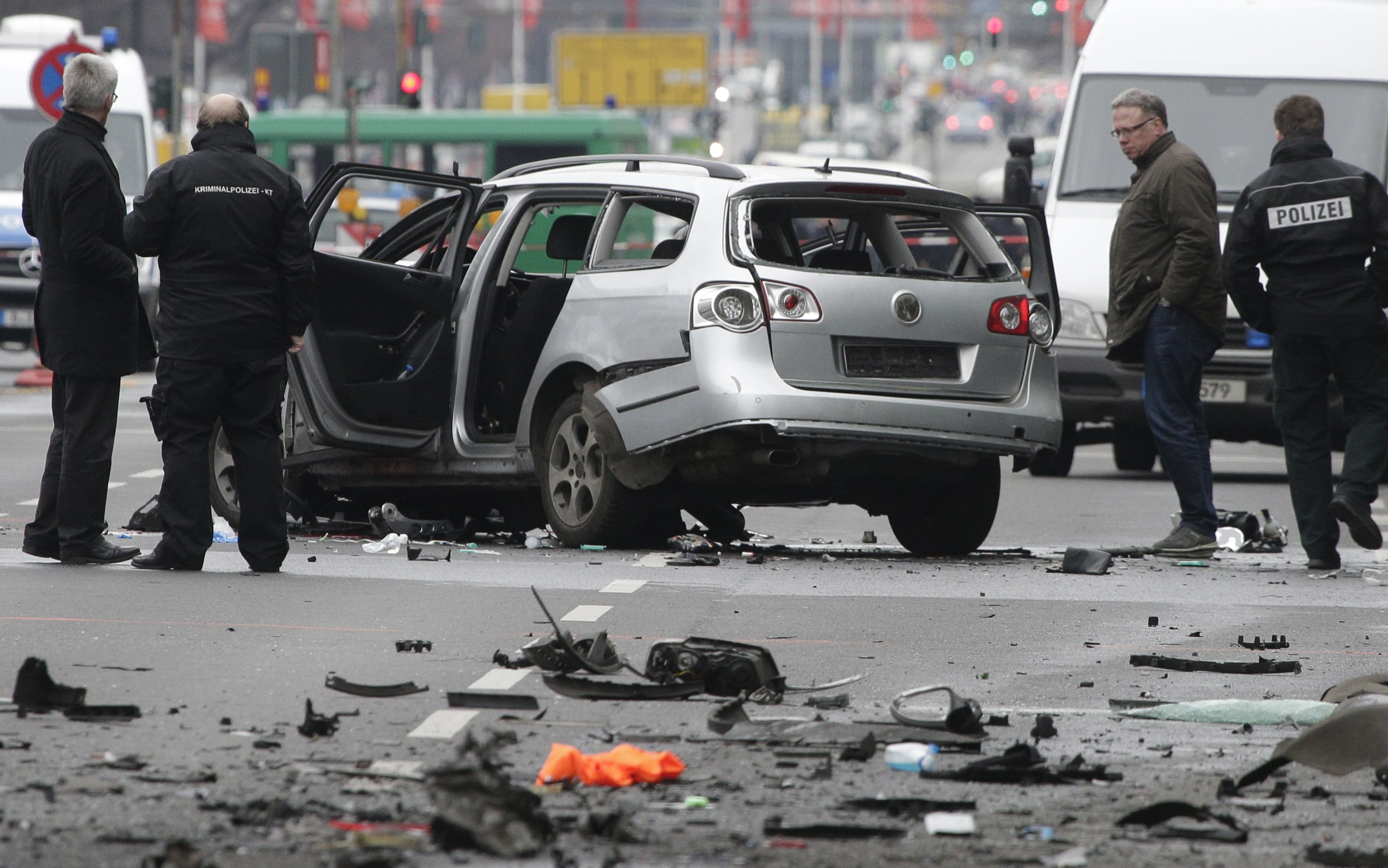 BERLIN -- An explosion that destroyed a car and killed the driver in downtown Berlin during rush hour traffic Tuesday was likely caused by a bomb, police said.

The explosion occurred at about 8 a.m. (0700 GMT) in the western district of Charlottenburg on a busy street leading into the heart of the German capital. Photos from the scene showed the wreckage of a silver VW Passat station wagon, its windows blown out and its front end smashed in, about a kilometer (half mile) from the capital's landmark Victory Column.

"(The) explosion occurred inside or on the vehicle," said Carsten Mueller, deputy chief spokesman for Berlin police.

"Our investigators are working on the assumption that it was an explosive device that caused this," Mueller told The Associated Press.

He said investigators were still trying to determine the man's identity but confirmed that nobody else was injured in the blast despite heavy traffic. Experts checked the vehicle but found no further explosive devices, he said.

Mueller said police were looking into all possible.