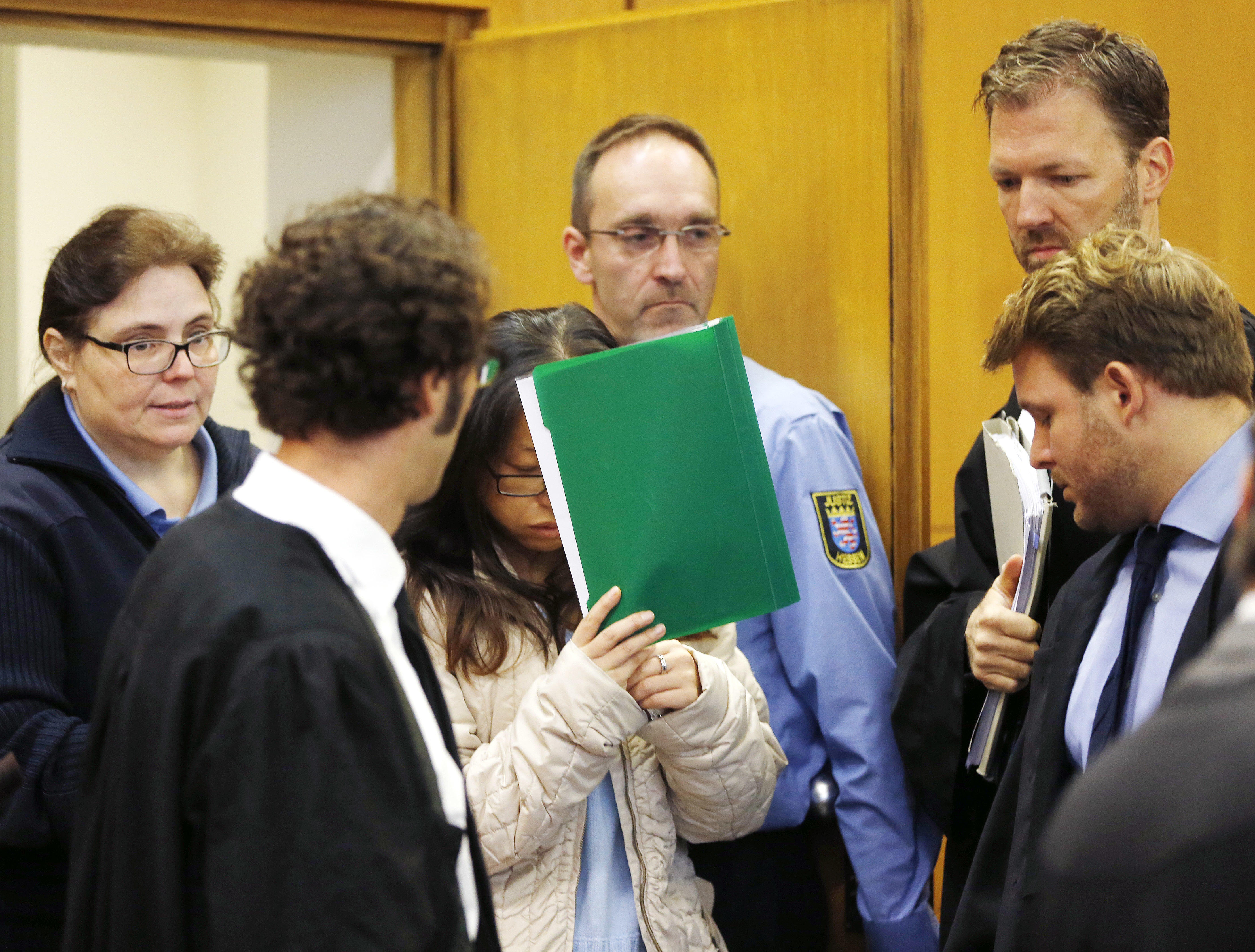 FRANKFURT, Germany -- Five South Koreans went on trial at a German court Monday, charged with murder over the death of a relative during an exorcism ritual at a Frankfurt hotel last year.

The defendants in the trial at the Frankfurt state court range in age between 16 and 45. They include the 16-year-old son of the 41-year-old woman who died.

Prosecutors have said the five family members wanted to expel a “demon” they believed had possessed their relative, who died of asphyxiation as a result of “massive chest compression and violence to her neck.”

Police discovered the victim’s body in a hotel room in December. The defendants had called a priest from a South Korean Protestant community when it became apparent the victim had died.

The defendants did not immediately make any statements as the trial opened, news agency dpa reported. Defendants do not enter formal pleas at German trials.

The five are believed to practice a form of Christianity with shamanist influences. They arrived in Frankfurt about six weeks before the killing and planned to set up an import-export business, dpa reported.

The trial is scheduled to last until mid-January.