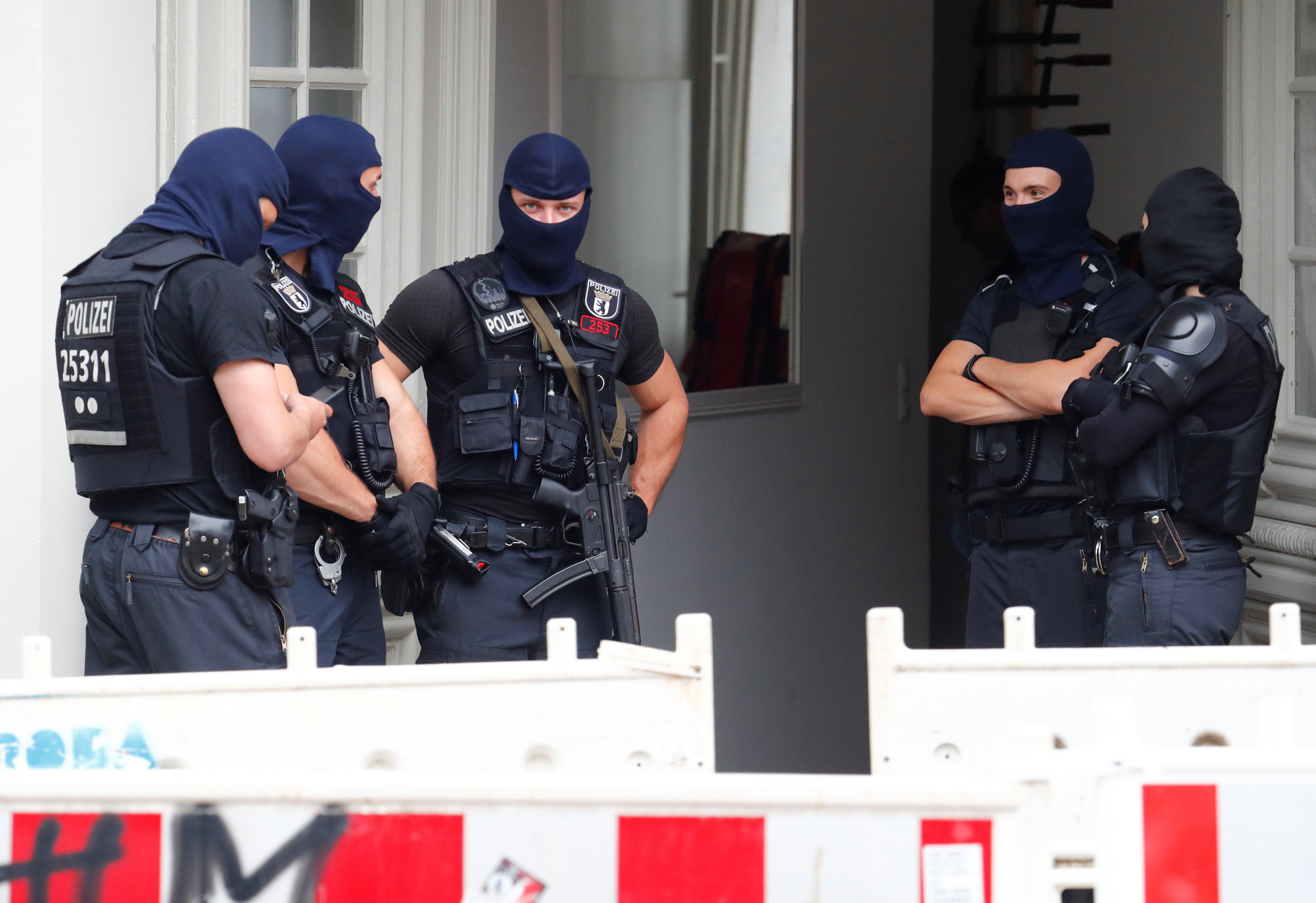 BERLIN -- German special police units raided several homes in Berlin early Wednesday in connection with the brazen heist of a 221-pound Canadian gold coin stolen from one of the city's most famous museums earlier this year.

Heavily-armed masked police arrested at least two suspects, one wearing a hood over his head, during early morning raids in the city's Neukoelln neighborhood.

"We assume that the two suspects match the ones seen on the video footage from surveillance cameras" during the burglary, police spokesman Winfrid Wenzel told The Associated Press.

He said searches of the apartments were still continuing, but so far the coin hadn't been found. Experts think the coin may have been melted down to cash in on the gold, Wenzel added.

The Canadian "Big Maple Leaf" coin, worth several million euros (dollars), was stolen from the Bode museum in March.

At least two burglars broke into the museum at night, using a ladder to climb to a window from elevated railway tracks. They grabbed the coin, loaded it onto a wheelbarrow and then carted it out of the building and along the tracks across the Spree river before descending into a park on a rope and fleeing in a getaway car.

In July, police published still photos made from surveillance video asking the public for help in finding the thieves.

Police say the 1.2-inch thick coin, with a diameter of 20.9 inches has a face value of 1 million Canadian dollars ($750,000). By weight alone, however, it would be worth almost $4.5 million at market prices. The coin was likely damaged in the theft.

The coin, which has an image of Queen Elizabeth II on one side, was on loan from a private, unidentified person, the German news agency dpa reported. There are maple leaves on the back of the coin. It's one of only five that were made by the Royal Canadian Mint.