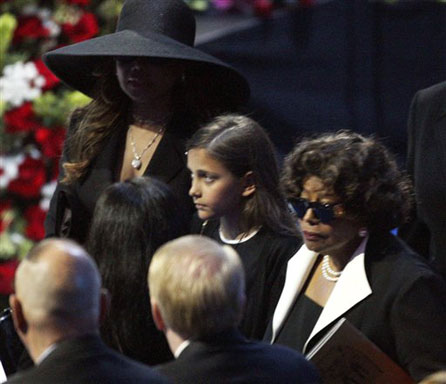 Prosecutors on Friday charged a Moroccan friend of Sept. 11 suicide pilot Mohamed Atta as an accessory to murder in the plot and a member of a terrorist organization, the second suspected helper of the Hamburg al Qaeda cell to be charged in Germany.

Abdelghani Mzoudi, 30, was arrested in Hamburg Oct. 10 and faces up to 15 years in prison if convicted. He has denied any involvement, saying that though he knew Atta and others in the cell he knew nothing of their plans.

Mzoudi is accused of providing logistical support for the Hamburg cell and helping its members maintain the guise of normal students to elude authorities, federal prosecutors said in a statement. He was charged with 3,066 counts of accessory to murder and membership in a terrorist organization.

"The accused was aware of the group's aim to carry out terrorist attacks and supported the planning and preparation of the attacks," the statement said.

Mzoudi at one stage roomed with Mounir el Motassadeq, a fellow Moroccan who in February became the first Sept. 11 suspect anywhere in the world to be convicted for his part in the attacks.

El Motassadeq was sentenced to the maximum 15 years in prison on the same charges by the Hamburg state court that is also expected to try Mzoudi. No trial date has been set.

German investigators questioned Mzoudi last summer when they raided an Islamic bookstore in Hamburg believed to be a meeting place for fundamentalists planning new attacks.

But they lacked sufficient evidence to arrest him until a witness placed Mzoudi in Afghan training camps in 2000 at the same time as el Motassadeq and Zakariya Essabar, also suspected of being a cell logistician. El Motassadeq later testified that he had run into Mzoudi in Afghanistan.

"The trips served above all to consult with Osama bin Laden and his followers on the targets for the attacks and details of their preparation," prosecutors said.

They accused Mzoudi of helping cover up cell members' trips to Afghanistan along with el Motassadeq and Said Bahaji, another suspected logistician. Mzoudi looked after Essabar's financial affairs while the latter was in Afghanistan from early 2000 until August 2000, prosecutors added.

Prosecutors alleged that Mzoudi transferred 1,580 marks (807 euros/US$929) to Essabar to finance his planned flight training in the United States — which never happened — at the end of 2000 or beginning of 2001.

Mzoudi also allegedly secured a room in a student home in Hamburg for suicide pilot Marwan al-Shehhi and for Ramzi Binalshibh, believed to have been the key contact person between the Hamburg cell and al Qaeda, before their planned departure for the United States in the spring of 2000.

He also allowed Atta and al-Shehhi to use his Hamburg street address for correspondence to deflect attention from their absence when they were in Afghanistan, prosecutors said.

Mzoudi lived for a time in a Hamburg apartment that at various times also was used by Atta, al-Shehhi, Binalshibh, Bahaji and Essabar.

Binalshibh was captured in Pakistan last Sept. 11 and is in U.S. custody. Bahaji and Essabar are wanted on German arrest warrants.

Mzoudi also lived with el Motassadeq, who knew his parents from Marrakech, when both began studying electrical engineering at Hamburg's Technical University in 1995. Atta, al-Shehhi and other cell members also studied there.

Mzoudi left the school in 1997 and the following year began a similar program at Hamburg's School for Applied Sciences, where the third Hamburg-based pilot, Ziad Jarrah, was a student.

In an October 2001 interview with news magazine Der Spiegel, Mzoudi said he had signed Atta's will and often met him and other cell members to discuss politics, eat or pray. But he said he was not involved in the Sept. 11 plot.

"I was totally shocked when I heard that Atta may have had something to do with the attacks," Mzoudi said. "I can't imagine a Muslim would do something like that — a Muslim would never do in children, elderly and women."