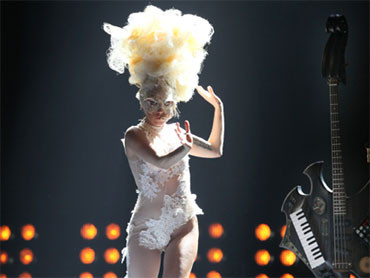 Msic fans have two German hackers to thank for what appears to be the early release of singles by such musicians as Gaga, Justin Timberlake, Ke$ha and Kelly Clarkson. The two are accused of stealing the songs, selling them online and forcing the advanced release of several singles, officials said Friday.

A 17-year-old high school student from Duisburg, and his alleged accomplice, a 23-year-old unemployed man from Wesel, are under investigation for using a Trojan Horse to hack into the artists' computers for about 12 months before being discovered, Duisburg chief prosecutor Rolf Haferkamp told The Associated Press.

During that time, they earned more than $13,240 in illegal sales of tracks acquired from the stars' computers. Haferkamp would not comment on specific songs that were stolen.

Both of the alleged hackers live with their parents in the western German cities, which are about 20 miles apart.

According to local media reports, which identified the two as Deniz A. - an amateur disc jockey known as "DJ Stolen" - and Christian M., the two had attached the Trojan to an MP3 file that was then sent to the official addresses of the stars, their managers and their record companies.

Deniz A. also allegedly downloaded a sexually compromising photo of one artist and used it to blackmail her. Haferkamp would not comment on which artist it was.

Bild quoted Deniz A. as saying he didn't mean to do any harm.

"I'm a fan and I just wanted to have cool music," he was quoted by the newspaper as saying. "I'm no blackmailer."

Haferkamp said the police were informed of the hacking after a fan of Kelly Clarkson alerted her management that unreleased songs of the singer were being sold online.

A Duisburg police spokesman, speaking on departmental condition of anonymity, said that the two had been under investigation for "several months" and that authorities had a 1,000-page file on them.

Haferkamp said the investigation should be concluded by January and can lead to criminal charges. If convicted, they could be sentenced to up to five years in prison or face stiff fines for damages.

Spokesmen for the artists were not immediately available for comment.