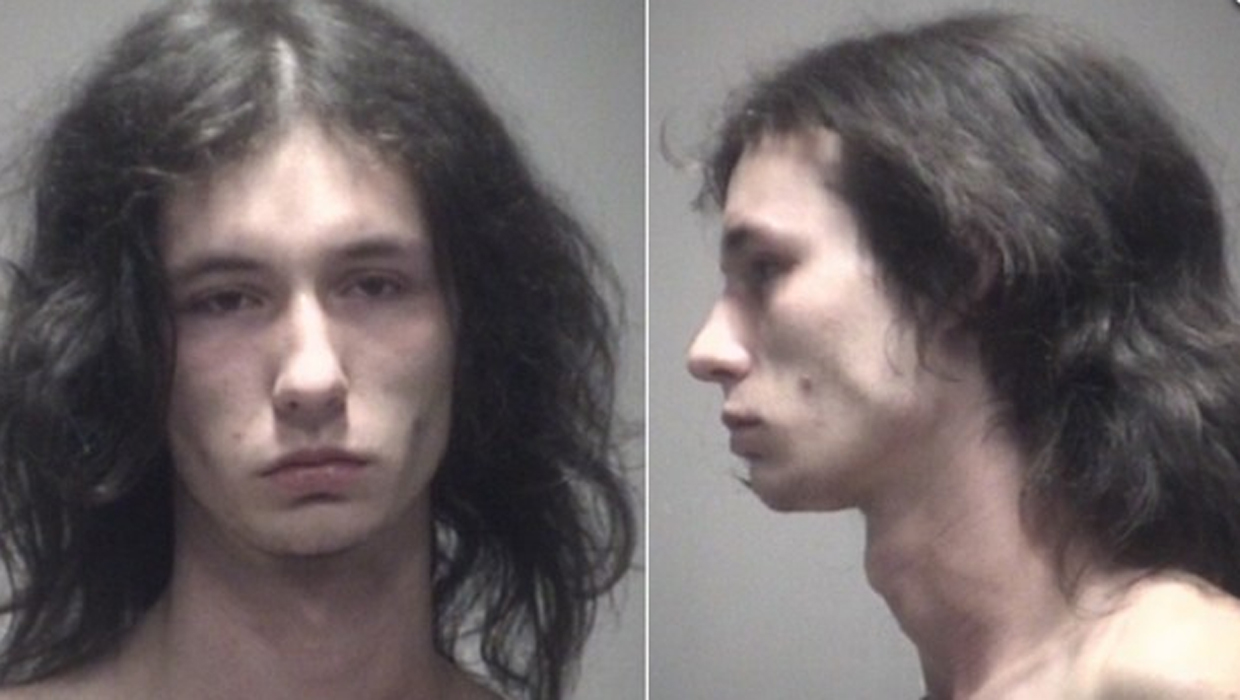 Roswell, Ga. -- The suspect accused of fatally shooting two teenagers found behind a suburban Atlanta grocery store has appeared before a judge for the first time, his legs and hands shaking.

Video from WSB-TV shows 20-year-old Jeffrey Hazelwood jerking his head around, and his hands and wrists shaking continuously at his first hearing Friday at the Fulton County Jail.

Hazelwood was arrested Wednesday and charged with two counts of murder in the killings of Carter Davis and Natalie Henderson. The 17-year-olds were each shot once in the head behind the Roswell store.

WSB reports that Hazelwood talked to himself during the hearing and appeared to be petting an imaginary dog at one point, but said nothing to the judge.

Hazelwood's attorney, Lawrence Zimmerman, said he can only surmise that being charged with such a heinous crime is "a terrifying experience."

Zimmerman said he just recently joined the case, and has yet to learn details of the allegations.

"You could feel he was strange when you stood next to him," Julio Avendaño, 21, told the paper.

Hazelwood was raised by his maternal grandparents in the Roswell area after his parents separated when he was a baby, his paternal grandmother, Trudy Darlene Dinwiddie of Moscow Mills, Missouri, told the paper. She said she hasn't seen him since he was young.

In recent months, Hazelwood had been staying with various friends and relatives in Roswell and in nearby Cobb and Cherokee counties, Frommer told the AP.

"He has some hurt and anger in him, but I don't know what it was about, only Jeff could tell you," his aunt, Kathy Dinwiddie, told WAGA-TV.

Police aren't discussing any motive, nor will they comment on the relationship, if any, between Hazelwood and the teens, Roswell police Detective Zachary Frommer said Thursday. Police have said Henderson and Carter were friends.

Thursday, Roswell police released a photo of Hazelwood's silver Honda Passport SUV, asking anyone who has seen the vehicle to contact them. Specifically, they wanted to know if anyone had seen it under "suspicious circumstances," reports CBS Atlanta.

Detectives encountered apps used to send messages as they investigated the killings, Roswell Police Chief Rusty Grant said. He would not provide details on which apps are involved in the case, but he said gaining access to the apps and cellphones proved somewhat challenging for investigators.

Henderson would have been a senior this year at Roswell High School. A memorial service was held for her Friday morning at Roswell Presbyterian Church. Many who attended left the church in tears, the station reports.

"Our beautiful shining girl: Natalie, a rising senior at Roswell High School, was smart, funny, sassy, and strong, a free spirit with a gorgeous smile that could make your day or your week," her obituary from the funeral home said.

"Natalie had a loving heart and an infectious zest for life. Unusual for one so young, she had the courage to always be, unapologetically, herself."

Davis lived in Rapid City, South Dakota, during part of his high school years. He was about to start his senior year at River Ridge High School in Woodstock, Georgia.

On Thursday, a celebration of life service was held for Davis. The Rev. James Hamner read a statement to reporters from Carter's parents, Michele and Jeremy Davis.

"Whether he was dribbling a soccer ball, throwing a football, or making a fast break in lacrosse, Carter's athleticism and passion for team sports was evident," Hamner said.

"Although his life was cut short, everyone in his life will remember how he loved the Lord, loved everyone, and told them often. He lived life to the fullest."