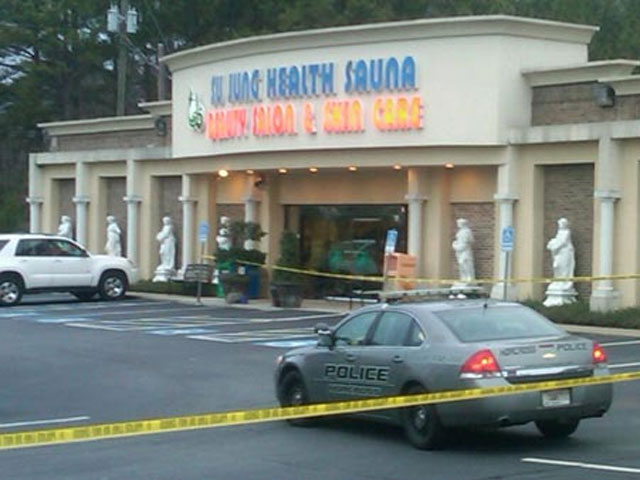 (CBS/AP/WGCL) NORCROSS, Ga. - A gunman shot two of his sisters and their husbands inside a Korean health spa in an Atlanta suburb and then killed himself, police said Wednesday.

Surveillance video showed a man walking into the Su Jung Health Sauna on Tuesday night and getting into an argument with someone, then opening fire, police said.

The shootings happened in the salon area at the front of the building, according to Norcross Police Chief Warren Summers. Police recovered a .45-caliber gun at the salon.

Four people were found dead inside, and another was taken to a hospital before being pronounced dead, investigators said.

The victims' pastor, Paul Song Kim of Fire in the Eye Korean Baptist Church, told CBS affiliate WGCL that financial problems were at the center of a dispute among the family who owned the spa. Police have not confirmed that, but said the dispute was about "various" things.