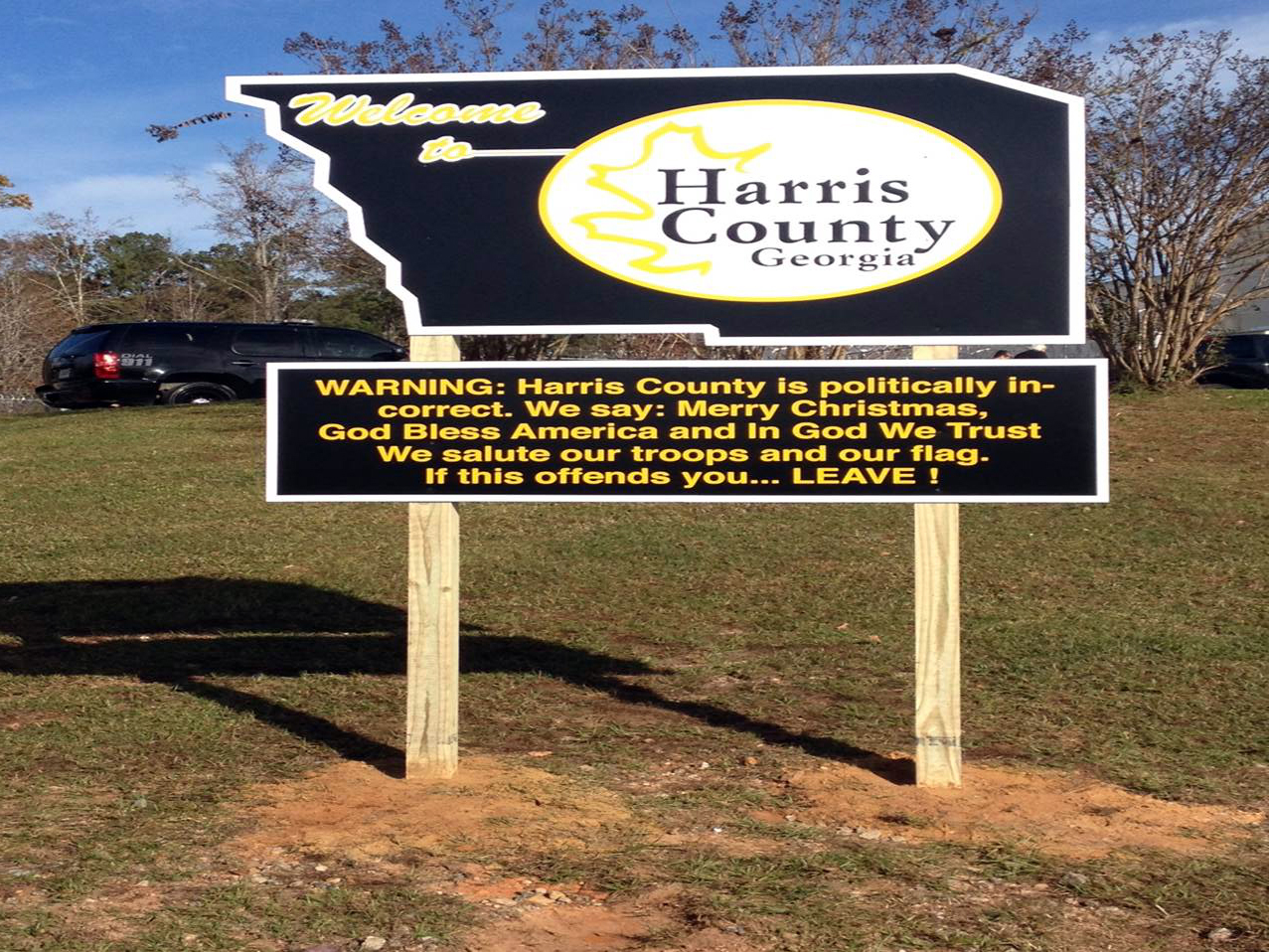 HAMILTON, Ga. -- If you don't like a Georgia sheriff's political incorrectness, you can leave his county.

That's what Harris Sheriff Mike Jolley warns on a new sign posted outside his department building.

The sign reads: "Warning: Harris County is politically incorrect. We say: Merry Christmas, God Bless America and In God We Trust. We salute our troops and our flag. If this offends you. Leave!"

Sheriff Mike Jolley installed the sign Tuesday. Jolley tells local media that he paid for the sign himself and wanted to give voice to what he considers to be a "silent majority."

Jolley says he has received overwhelming support from the community and plans to install more of the signs around the county. Some residents have offered to pay for them.

But not everyone is having it.

CBS affiliate WRBL reports that a human rights group has sent a letter to the Harris County Sheriff saying the controversial sign is unconstitutional.

The American Humanist Association is demanding that the sign posted be taken down.

In a letter to the sheriff, they say a concerned citizen contacted them about the sign, which they say violates first amendment and fourteenth amendment rights.

The organization's legal director told WRBL, "The sign is openly hostile to those who don't agree with the sheriff's religious views. Even devout Christians should realize that such actions by public officials reflect poorly on the community, sending an ugly message of intolerance."

Sheriff Jolley tells WRBL that he did get the letter, but he, "Threw it in the trash."