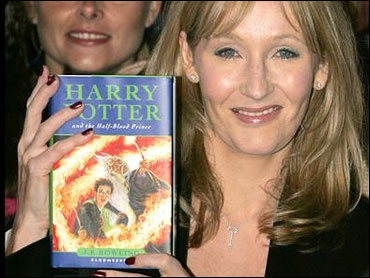 A suburban county that sparked a public outcry when its libraries temporarily eliminated funding for Spanish-language fiction is now being asked to ban Harry Potter books from its schools.

Laura Mallory, a mother of four, told a hearing officer for the Gwinnett County Board of Education on Tuesday that the popular fiction series are an "evil" attempt to indoctrinate children in the Wicca religion.

Board of Education attorney Victoria Sweeny said that if schools were to remove all books containing reference to witches, they would have to ban "Macbeth" and "Cinderella."

"There's a mountain of evidence for keeping Harry Potter," she said, adding that the books don't support any particular religion but present instead universal themes of friendship and overcoming adversity.

In June, the county's library board eliminated the $3,000 that had been set aside to buy Spanish-language fiction in the coming fiscal year. One board member said the move came after some residents objected to using taxpayer dollars to entertain readers who might be illegal immigrants.

Days later, the board reversed its decision amid accusations that the move was anti-Hispanic.

Testimony to begin in trial of ex-"Empire" actor Jussie Smollett