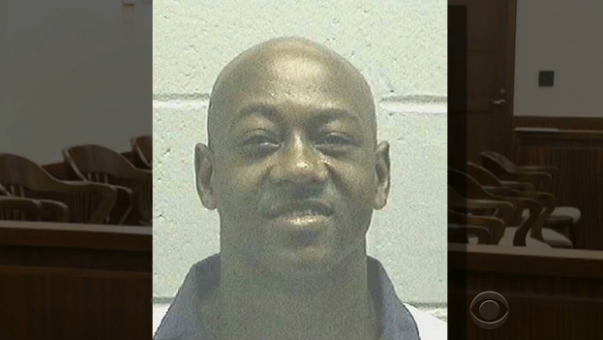 GEORGIA -- A Georgia man is saying he is on death row because he is black, and the jury that sentenced him is white.

On Monday, the Supreme Court will hear his case, and the outcome could change the way juries nationwide are selected.

Timothy Tyrone Foster does not deny killing a 79-year-old woman during a burglary in her northern Georgia home. But Foster said he didn't get a fair trial because the prosecutor removed all the black candidates from the jury.

The trial came just a year after the Supreme Court ruled jurors could not be excused from service because of their race, but lawyers could still dismiss them for cause.

"What we've seen since the case was decided is that that prosecutors continue to strike African Americans, Hispanics from the juries and then just make up reasons as long as they're not race reasons," said Attorney Stephen Bright.

Bright is a veteran death penalty attorney who is representing Foster. He went through the prosecution team's notes, and he said he found blatant discrimination in them.

"What we really found was an arsenal smoking guns," he said.

In the notes, the name of each potential black juror was highlighted. The word black was circled next to the race question on questionnaires. In the list of possible jurors, titled "definite no's" the top five people are black.

During closing arguments, the prosecutor urged the all-white jury to sentence Foster to death in part to deter other people out there in the projects from doing the same again.

On Monday, Bright will argue the Supreme Court should grant Foster a new trial and force trial judges to hold juror challenges to a higher standard.

"They have to scrutinize the reasons that prosecutors give and that they can't just give them at face value because if that is going to happen then this is going to continue from now on," said Bright.

Georgia courts have repeatedly rejected claims of discrimination. Prosecutors even argued they wanted a black juror to avoid accusations the jury was biased.