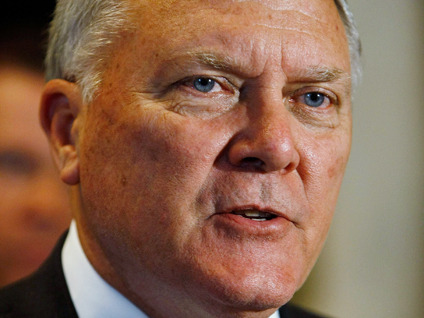 Deal reportedly said his financial problems stemmed from an investment in his daughter's failed sporting goods store, and he plans to pay back what he owes rather than declare bankruptcy.

The Atlanta Journal-Constitution first reported yesterday that Deal's financial problems are so severe he must sell his home to avert foreclosure or bankruptcy.

"Like most Americans, Nathan Deal has suffered financial losses over the last four years," Deal's campaign said in a statement to the Journal-Constitution. "He has obligations, and he will meet them."

Deal, who resigned from the House of Representatives in March, earned an average income of $150,000 over the past three decades, the newspaper reported.

Democrats in the state have reportedly attacked Deal for his financial decision-making.

Before Deal resigned from Congress, the House ethics committee investigated charges he used his congressional staff to pressure the state to continue a program that benefited a company he partially owned. The committee only recommended further review of the charges, writing in its report, "The [Office of Congressional Ethics] does not take a position on Representative Deal's motivations for inserting himself into discussions of potential modifications to a state vehicle inspection program."

The report acknowledged Deal's claim that he was involved because the issue affected public safety and budget concerns. However, the report said, "It is undisputed that as a 'public servant,' Representative Deal took active steps to preserve a purely state program, one that had generated financial benefit for Representative Deal and his business partner."