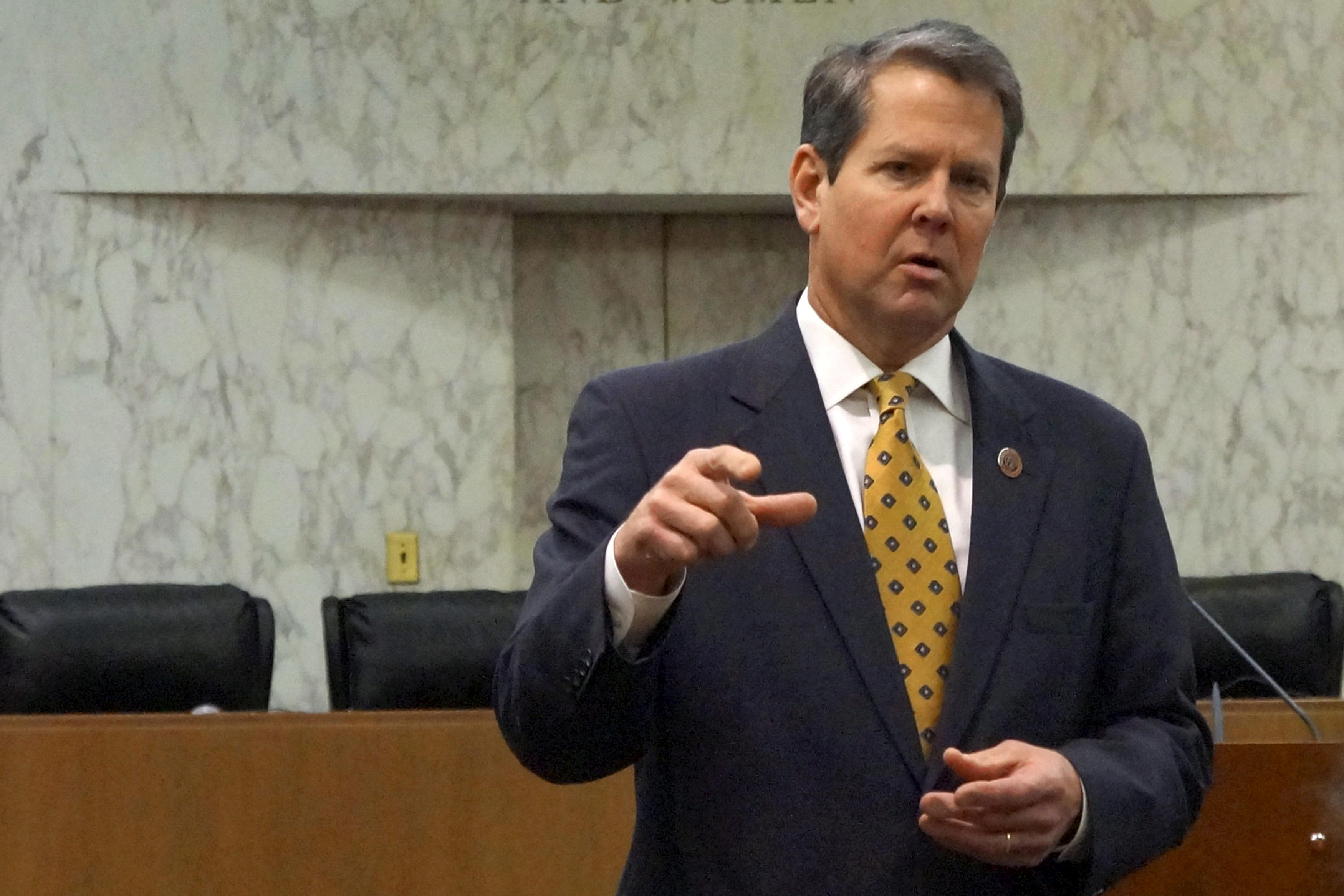 Georgia Republicans decide a bruising gubernatorial runoff Tuesday that is testing the loyalty of conservative voters to President Donald Trump and their frequent rejection of the establishment in favor of outside, bare-knuckled politics.

The matchup between Secretary of State Brian Kemp and Lt. Gov. Casey Cagle pits the White House, which backs Kemp, against outgoing Republican Gov. Nathan Deal, who backs Cagle. Democrat Stacey Abrams awaits the winner in the fall, seeking to become the first black female governor of any American state.

A well-known figure at the Georgia Capitol, Cagle entered the Republican race as the presumed front-runner, with financial backing from much of the state's lobbying class. Even as a statewide elected official, Kemp positioned himself as a "politically incorrect conservative" outsider perpetually battling liberal Democrats and Republican insiders.

Both Republicans have tried to align themselves with Trump, while taking hard lines on immigration, guns and social issues. But Cagle is widely viewed as the more moderate choice and the candidate most likely to tack back to the center in a general election campaign. The question is whether that's a liability that prevents him from getting past Republican primary voters that Kemp courted with ads featuring guns, chainsaws and a pickup truck to "round up criminal illegals."

Cagle led the initial five-man primary in May, but fell well shy of the majority required to avoid a runoff. The two months since have been a cascade of problems for the veteran politician, and public polls suggest Kemp has closed the gap.

The lieutenant governor unwittingly played into Kemp's framing when he was secretly recorded earlier this year by a former rival who captured Cagle explaining in detail that he steered legislation in the state Senate based on campaign contributions. Another clip among several released during the runoff campaign revealed Cagle describing the GOP contest as a race to be "the craziest" candidate with "the biggest gun" and "the biggest truck."

"Brian is tough on crime, strong on the border and illegal immigration. He loves our Military and our Vets and protects our Second Amendment. I give him my full and total endorsement," Trump tweeted.

It was an unexpected venture into a governor's race for a president whose midterm electoral efforts have been focused mostly on defending GOP majorities on Capitol Hill and on his own re-election campaign rallies.

It's a matter of risk-and-reward for Georgia Republicans and Trump, who was burned last year when he twice backed losing Senate candidates in neighboring Alabama. Kemp offers Trump a chance to back another brash politician who can carry the president's brand in a state the president won in 2016. But that alliance also alarms some GOP players wary about Georgia's changing electorate and a national mood that favors Democrats — potentially giving Democrats an opening in a state the GOP has dominated at the polls for the last two decades.

Those concerns became evident days before Trump waded into the race, when Deal, a broadly popular figure, weighed in with his own 11th hour endorsement for Cagle. Deal touted Cagle as an able business recruiting partner and his best potential successor, but the move stood out for a governor who'd previously been content to leave party faithful to their own choices. In Georgia, the governor and lieutenant governor are elected independently, meaning Cagle was never elected as part of a ticket with Deal, though the pair hail from the same north Georgia town of Gainesville.

The National Rifle Association also threw its weight behind Cagle in April after he helped kill a tax break that would have saved Delta Air Lines, one of the state's largest employers, millions per year for ending a discount program for NRA members. Cagle was joined on the campaign trail by the president-elect of the gun-rights group, Oliver North, for stops in Savannah, Kennesaw and Gainesville.

Polls are open Tuesday from 7 a.m. to 7 p.m. across the state. Early in-person voting began July 2.