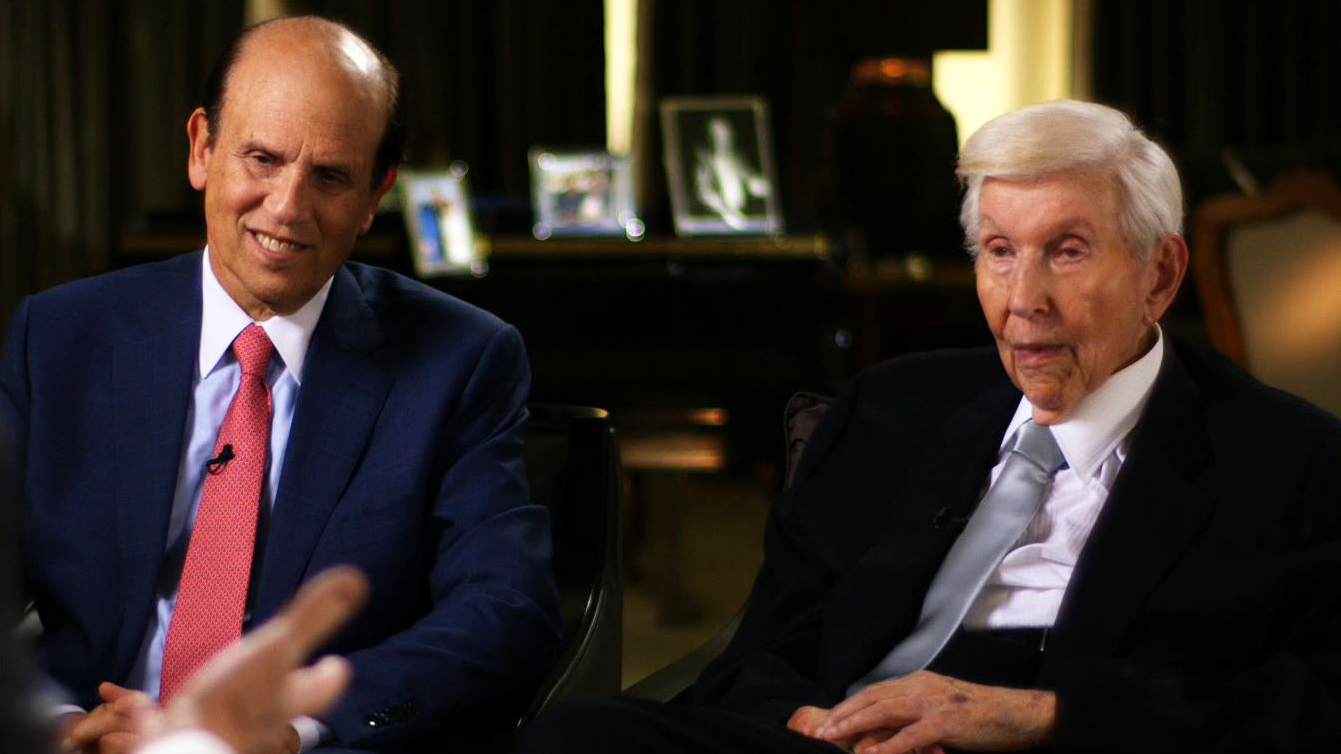 Two of the country's richest men are announced Tuesday that they are donating $80 million to George Washington University. Their gift will be the largest ever received by the school.

Sumner Redstone is executive chairman of the board at Viacom and the CBS Corporation. Michael Milken is an entrepreneur who chairs the Milken Institute, an economic think tank. Additionally, his Milken Family Foundation works to improve education and medical research.

While it's unusual that the men are doing this together, perhaps more unique is what they hope the money will do.

These two tycoons of business go back 30 years. During that time they've built businesses, become billionaires and bonded over a shared prostate cancer diagnosis. Milken was diagnosed 21 years ago and Redstone 11 years ago.

Along with getting the best medical care in the world, they credit changes in diet and exercise with keeping them alive.

Redstone told Rose he would "probably be dead" if he hadn't changed his diet.

Milken said there are other things that contribute to survival.

"It's not only willpower. You have to have access," he said. "You know, not everyone can afford blueberries every day, or raspberries, or have (medical care). I think one of the things we're very focused on is how can we create a lifestyle for people and lower socioeconomic groups that gives them a high quality of life."

To further that goal, they're giving $80 million to George Washington University to target chronic conditions like diabetes, heart disease and obesity.

"We know for example that as you increase your weight in obesity, that you have a 30 percent higher probability of getting cancer," said Milken. "Just the change in weight in America since '91 cost the country $1 trillion a year."

Chronic diseases cause seven in 10 deaths each year in the U.S. and are responsible for more than 75 percent of health care costs.

The pair's focus on prevention is unique because 90 percent of medical donations go to treatments and cures. But, they know that changing behavior will be a challenge.

"Most people don't want you tell them how they should live their life. I think we need to incentivise them to let them see what the opportunities are," said Milken. "It's what you eat and whether you exercise. And I think Sumner is a living example of the commitment, both of a change in diet and a change in exercise."

To see the full interview with Sumner Redstone and Michael Milken, watch the video in the player above.

Cleveland Clinic CEO on what’s next for U.S. health care