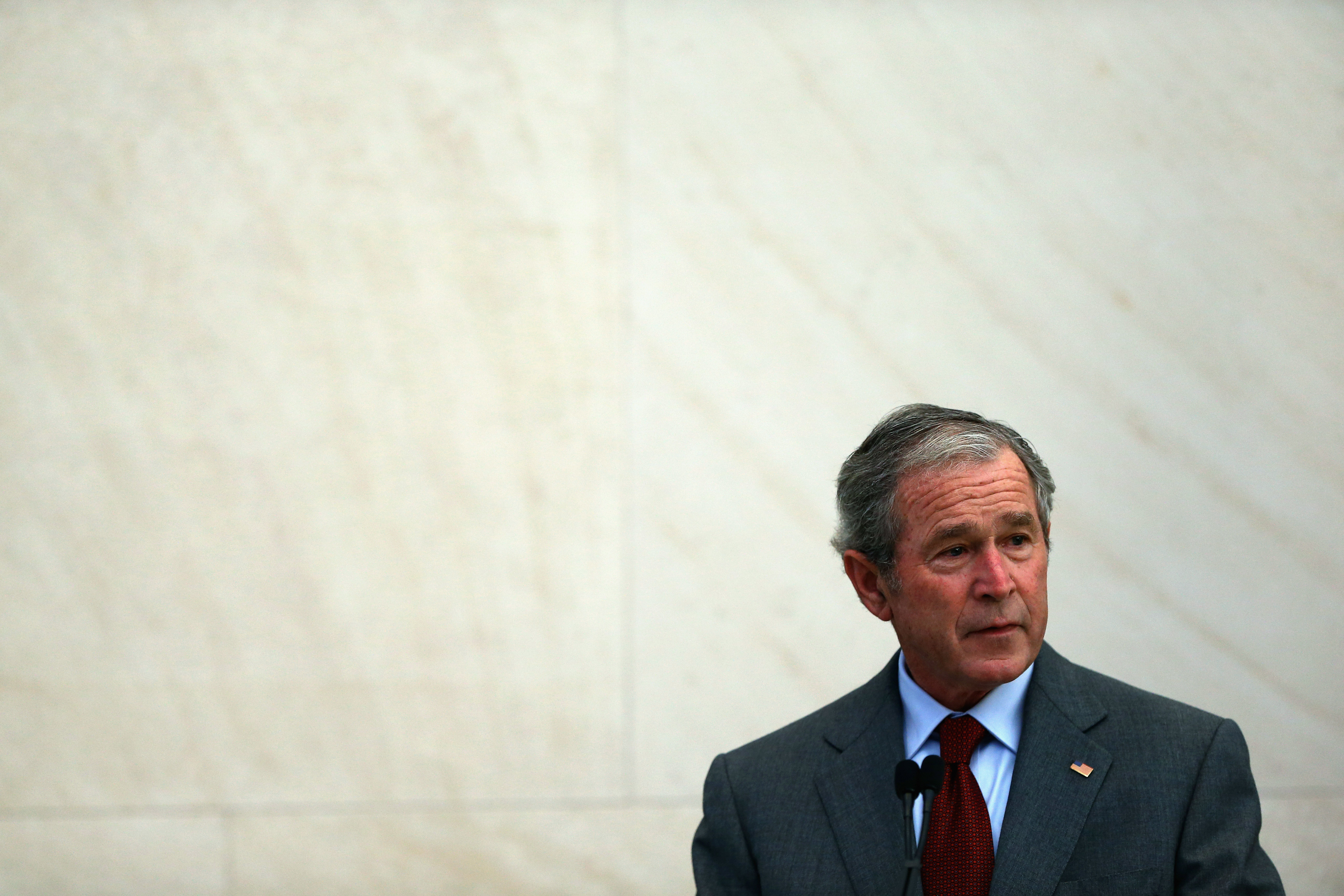 Former President George W. Bush said Friday that he is "not a fan" of Syrian President Bashar al Assad, but he refused to be "roped in" to the debate over whether the U.S. should launch a military strike on Syria.

Bush, whose controversial push for war in Iraq and Afghanistan has been cited by some as a cautionary lesson as the U.S. mulls military engagement in Syria, told Fox News, "The president's got a tough choice to make, and if he decides to use our military, he'll have the greatest military ever backing him up."

Asked to reflect on his own dealings with Assad during his tenure in office, Bush said he's "not a fan" of the Syrian dictator: "He's an ally of Iran and he's made mischief."

But when Fox's Brian Kilmeade tried to elicit any semblance of an opinion from Bush on intervention in Syria, the former president laughed and brushed him off.

"The president has to make a tough call, Brian," he said. "I know you're trying to subtly rope me into the issues of the day. I refuse to be roped in."

The Obama administration has concluded, based on intelligence reports, that the Assad regime was responsible for a chemical weapons attack on August 21 that left hundreds dead in a suburb of Damascus, Syria's capital. U.S. officials have said there must be "serious consequences" -- and potentially a military response -- as a result.

Bush's interview, which also touched on his health and his work with veterans, marked his first TV interview since a heart procedure earlier this month.