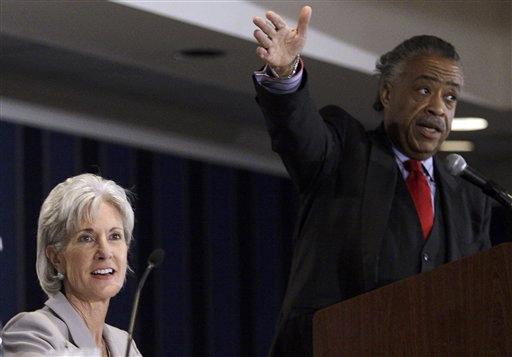 
Rev. Lou Sheldon says the "platform is our Bible." The primetime speakers can be moderates but as long as the Republican Party adheres to conservative Christian values Sheldon will adhere to it.

"George W. Bush is one of us," he says proudly, speaking from the Republican National Convention in New York.

As Republicans gather in this most Democratic of cities, the consensus among conservative Christian delegates is that as long as party and platform adhere to evangelical values then primetime speakers need not.

"We are very pleased that campaign and the convention committee has selected people like Giuliani, Pataki, and Schwarzenegger to speak," he says.

While primetime convention speakers are traditionally moderate compared to the delegates on the floor, Giuliani, Pataki and Schwarzenegger disagree with the party on fundamental platform positions. The three support legalized abortion and equivalent legal status for same-sex unions.

"Their talk is for the undecided people watching television," Sheldon says. "President Bush is smart and Karl Rove is smart," he adds. "The undecided are not conservative Christians."

About 4 million conservative Christians did not vote in the 2000 election who otherwise would have supported the president, based upon voter trends and exit polling.

In substance, Mr. Bush has walked the conservative line. He has backed a constitutional amendment banning same-sex marriage, a partial-birth abortion ban and public funding for religious schools as well as charities.

It's more than enough to make Episcopal Rev. Sandra Depriest happy. Sitting with her Mississippi delegation, a jewel-studded golden cross around her neck, she says "I feel strongly pro-life."

Only a couple hours before Giuliani headlined the opening night of the convention, Depriest explained that "the party is larger than" the issue of abortion.

Like Sheldon, she emphasizes that so long as George W. Bush is president she doesn't mind if the party lets Giuliani play second fiddle.

"It would be important to me if Giuliani in 2008 were running for president and he were for abortion," she explains. "I'd be looking for a candidate who is pro-life."

But Giuliani is not running for president, not yet. Evangelicals know elections are won in the center and are bowing to a primetime speakers' list that leans to the moderate side because "it takes coalition building to win elections," says Texas Pastor Scott Fisher, a delegate.

"I'm proud of the fact that our party has some diversity," Fisher says, standing among a sea of jean-shirted Texas delegates replete with cowboy hats and big "W" buttons. "I think the president is the standard bearer for conservative Christians in America. And our goal is to rally as many Christians (as possible)."

Fisher thinks that so long as President Bush supports a conservative agenda, highlighting the party's moderate leadership will not distill conservative Christian turnout.

"Blacks and Hispanics love Mr. Schwarzenegger's 'Terminator' image and seeing him there is a chance for transferring the value of what George Bush needs for his vote," Sheldon says.

Sheldon emphasizes that the 2,500 delegates cramming Madison Square Garden will rally and support President Bush regardless.

"Our purpose is not for the people in the room, they are supporting Bush," he says. "Certainly Rev. Lou Sheldon and the Traditional Values Coalition will not reach that undecided small percentage of voters."