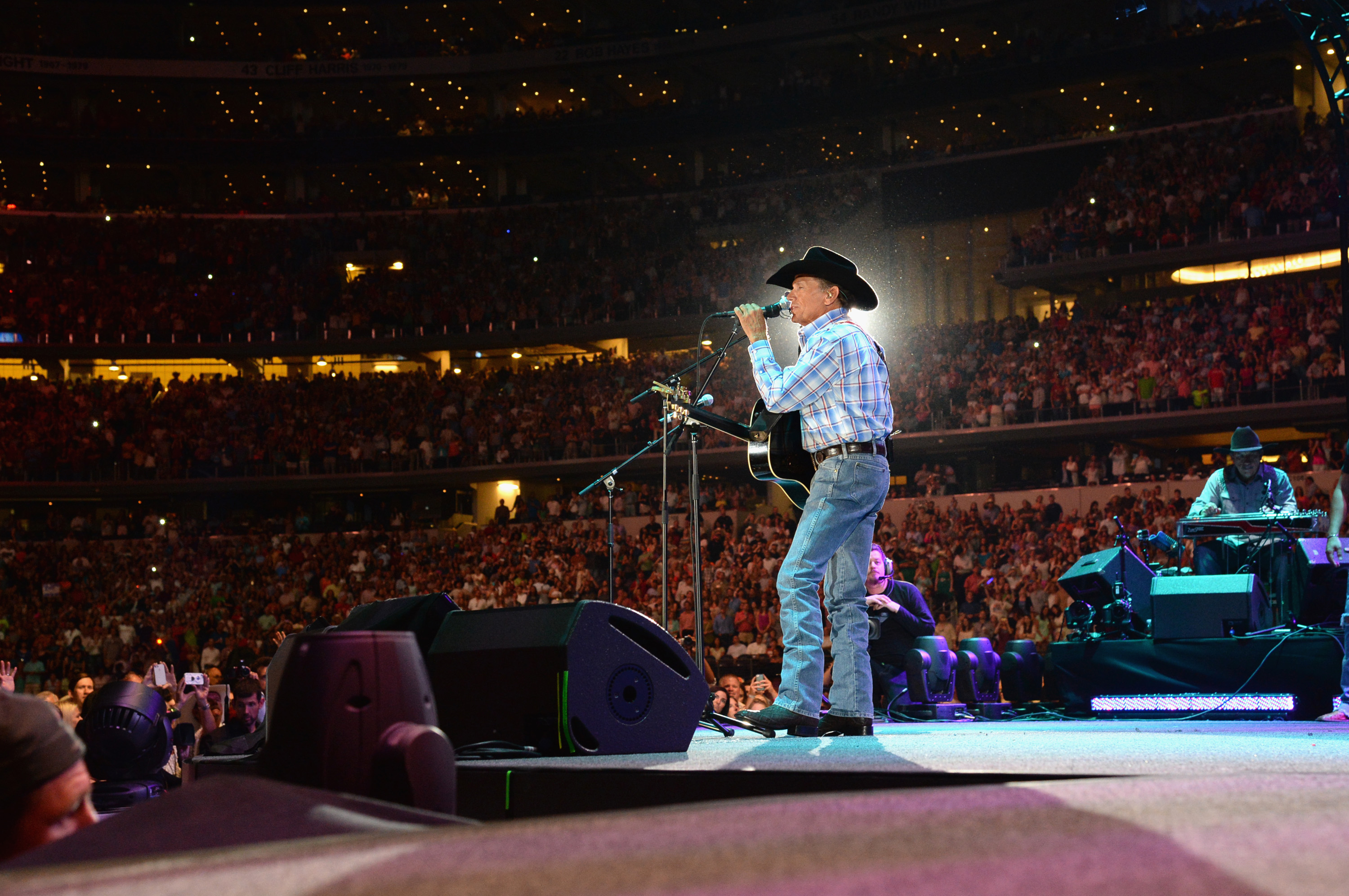 Country music king George Strait capped off the last tour of his career with an epic, star-studded final performance at the billion-dollar stadium where the Dallas Cowboys play, dazzling an audience of nearly 105,000 people with duet after duet with some of the biggest names in country music.

The attendance shattered the previous record set by The Rolling Stones at The Louisiana Superdome in 1981. More than 10,000 fans alone took in the three-hour show from the stadium floor.

Known for his honky-tonk style, classic interpretation of Western swing and Texas cowboy get-up, Strait is the undisputed patriarch of a generation of country music stars, none of whom left the stage Saturday without paying homage to or receiving a hug from the country music legend.

"In the early '80s when I was a young man in Georgia, I was a big fan of `Unwound,'" Alan Jackson said of the 1981 hit that propelled Strait to stardom. "You're the reason I came to Nashville, Tennessee. God bless you."

Jason Aldean credited Strait as "not only a huge influence for me but everyone else in Nashville."

After Martina McBride joined Strait to sing "Jackson," the country classic made famous by the Johnny Cash-June Carter rendition, she remarked on the fun the two had on tour together in 2011 and 2012.

Kenny Chesney called the two years he spent on the road with Strait early in his career "the most educational" in his touring life.

Strait's son, Bubba, a pro team roper on the rodeo circuit, even joined his dad on stage to perform his songwriting debut, "Arkansas Dave."

The unusually chatty Strait appeared to bask in the enormous crowd of fans, standing at their seats, swaying and singing along, regularly raising his arms like a band conductor to raise the volume.

"That's what I'm going to miss the most right there, I tell you what. Thank you so much," he said.

Strait, 62, is also beloved by his legions of fans for his gracious, everyman demeanor, which was in ample display Saturday.

During the second half of the show, he played the 2011 hit "I'll Always Remember You," which he said was inspired by his fans.

"When I take the stage for the last time, you won't be far away," he said, inspiring some enthusiastic female fans to tear up.

"Damn, I'm so lucky," Strait said so many times, it became almost a refrain.

All of Strait's guest stars returned to the stage for an encore.

The show brought an end to Strait's nearly 40 years on the road, starting in 1975 with the Ace in the Hole Band. Many of the 11-piece band's original members played back up Saturday, "the best band anybody could have out here on the road," Strait said.

Born in Poteet and raised in Pearsall, about 60 miles southwest of San Antonio, Strait has more gold and platinum albums than any other music act except The Beatles and Elvis Presley.

And while he's quitting the road, Strait may yet add to his chart-topping total after renewing his deal with MCA Records last year to produce five more albums. He has said he will continue to play the occasional gig.

Strait began this last tour, "The Cowboy Rides Away," last year. Each of the 45 stadiums and arenas he's played in 31 states has sold out. He's performed for an estimated 1 million fans.

As he sang the tour's eponymous song at the end of the set, fans waved, cheered and did the two-step. And the cowboy rode away.