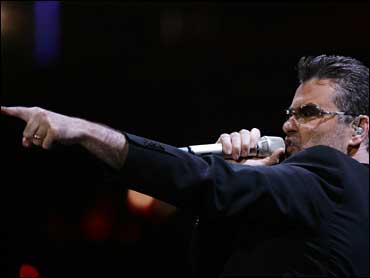 George Michael pleaded guilty Tuesday to a charge of driving while unfit through drugs.

The 43-year-old singer said in Brent Magistrates' Court that he was guilty due to "tiredness and prescribed drugs."

A charge of being in charge of a vehicle while unfit through drugs was dropped by the Crown Prosecution Service. Sentencing was deferred until May 30, pending more blood tests.

Michael, whose real name is George Panayiotou, was arrested in the early hours of Oct. 2 after police responded to complaints that a car was blocking an intersection in North London. Police said he was found slumped over the wheel of the car.

"I am perfectly aware that I did something very wrong and got into my car when I was unfit to drive," Michael told the court. "I was not in my normal physical state and I'm perfectly prepared to accept the correct punishment for that and I would have accepted it a long time ago."

"It was fairly predictable considering how much work I had done that week," he said.

Michael said he was unaware at the time that he could accept a punishment without admitting guilt and dispose of the matter without going to court.