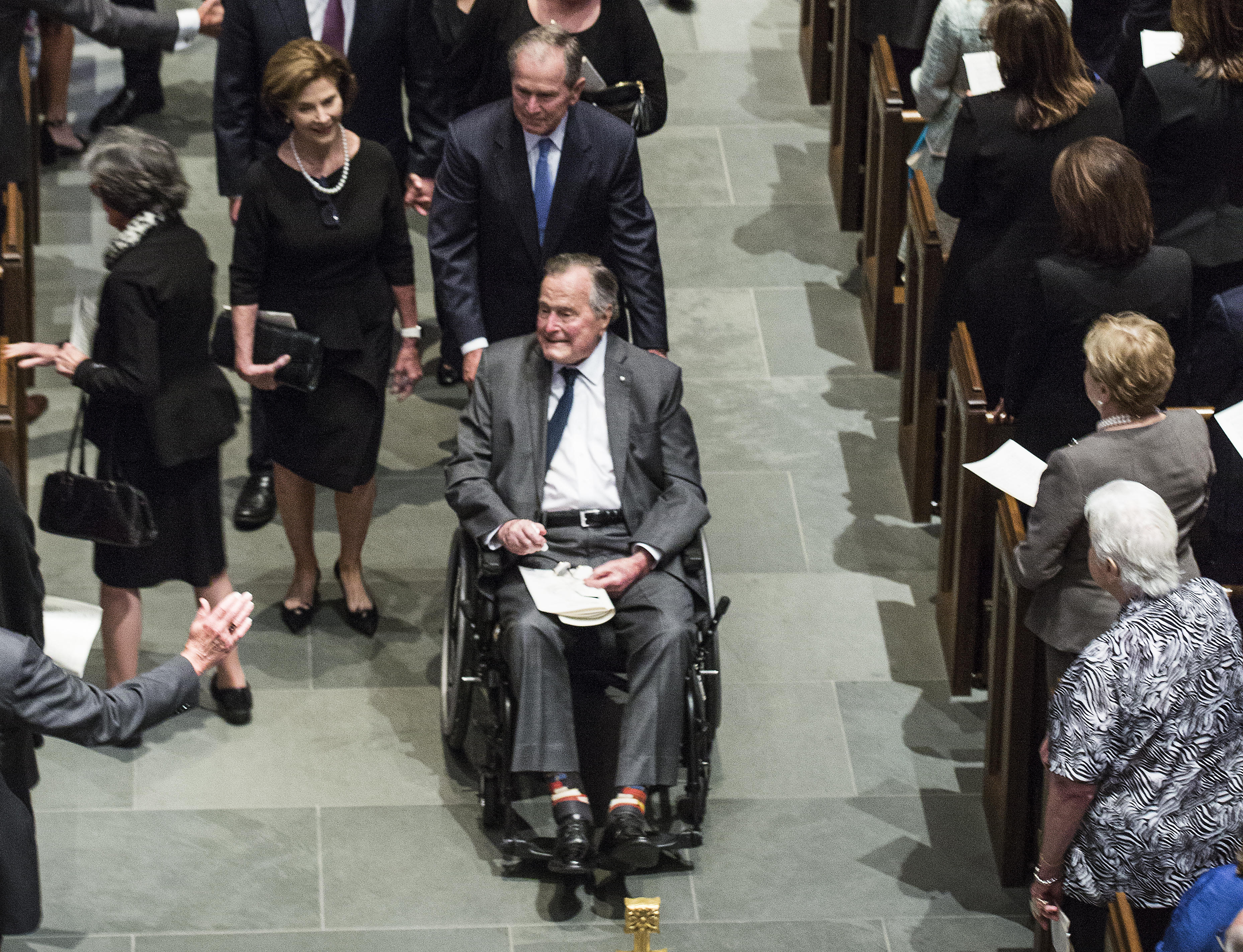 Former President George H.W. Bush has been discharged from Houston Methodist Hospital, a family spokesman said Friday. The 93-year-old former president was hospitalized on April 24 for an infection that spread to his blood.

Jim McGrath, a spokesman for Mr. Bush, said the former president's "doctors report he is doing well and is happy to return home"

Mr. Bush was hospitalized the day after the funeral of his wife of 73 years, Barbara Bush. She died on April 18 at their Houston home after deciding not to seek additional medical treatment and instead sought comfort care at home for unspecified health complications.

Mr. Bush, who has a form of Parkinson's disease, uses a wheelchair and electric scooter to get around. In 2017, he was hospitalized for about two weeks with pneumonia and chronic bronchitis.

Few details were released about Mr. Bush's most recent illness. But medical experts say that people in their 90s with Parkinson's disease are often at higher risk of pneumonia and other infections because their swallowing process can be compromised. Experts also say that the stress of losing a loved one can weaken the immune system.

His son, former Florida Gov. Jeb Bush, indicated during his eulogy at his mother's funeral service that his father had been hospitalized recently at the same time Barbara Bush was in the hospital for the last time.

Those hospitalizations were not publicly disclosed at the time. Jeb Bush said he believed his father "got sick on purpose so that he could be with her."