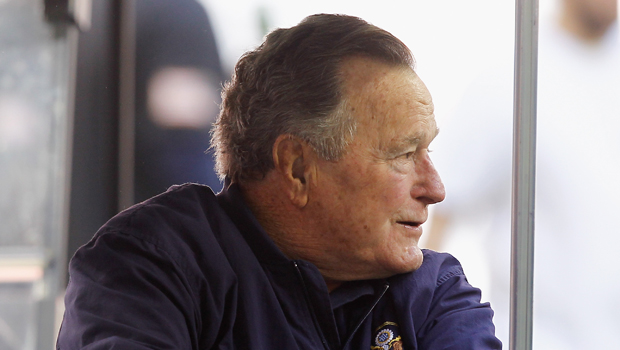 Jim McGrath, the former president's spokesman tweeted Tuesday that he "is now resting at home."

The 90-year-old former president was taken to the Houston hospital last Tuesday "as a precaution after experiencing a shortness of breath earlier this evening," his office said in a statement at the time.

An aide to Mr. Bush last week described the hospital stay as "a hiccup." Mr. Bush spent nearly two months in the same hospital and was discharged in January 2013 after treatment for a bronchitis-related cough and other health issues.

Mr. Bush, who can no longer use his legs, most recently appeared seated in a wheelchair at an event in November at Texas A&M University with his son, former President George W. Bush.

In June, Mr. Bush celebrated his 90th birthday by making a tandem parachute jump near his summer home in Maine.