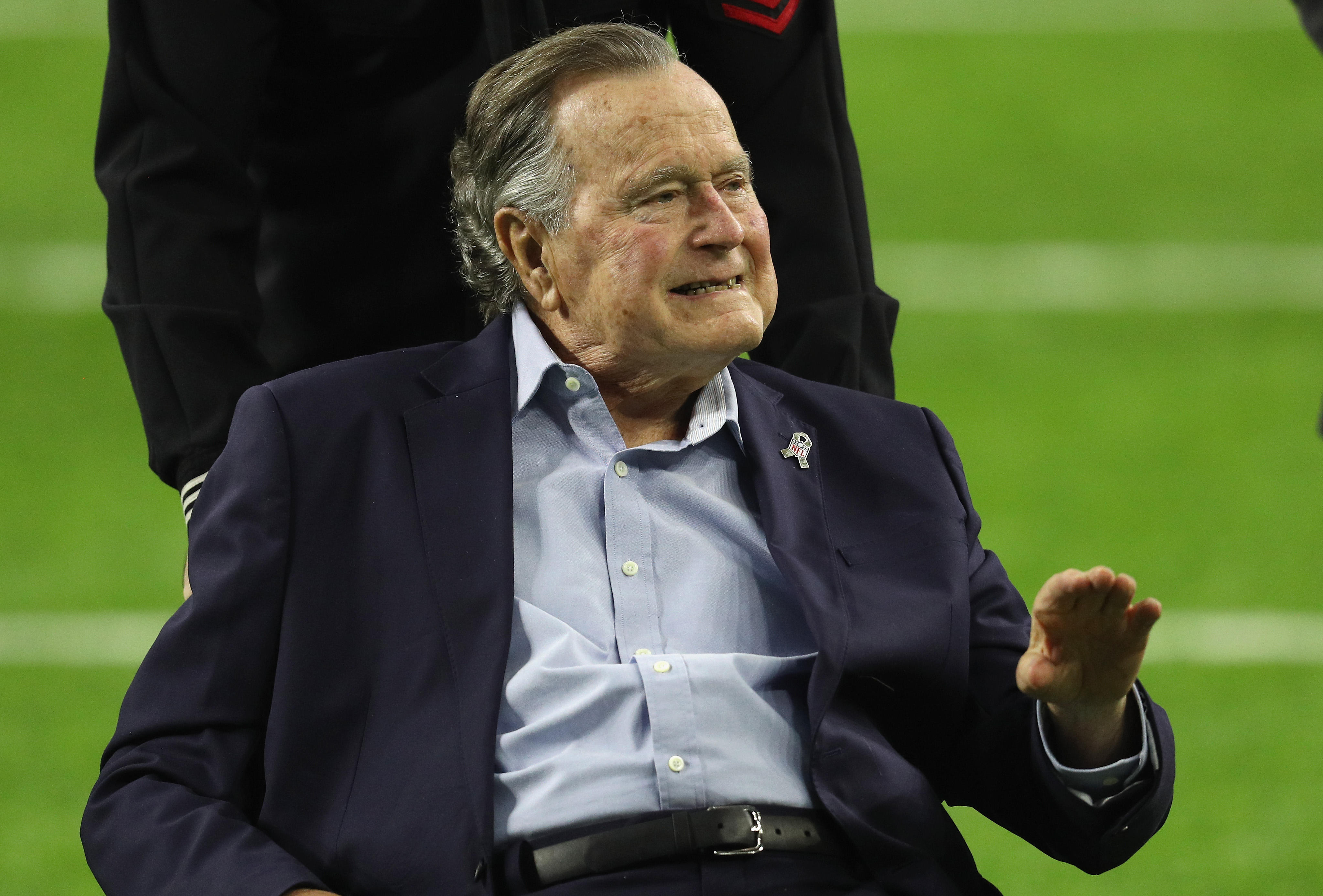 Former President George H.W. Bush was admitted to a Houston hospital Sunday after contracting an infection, according to a statement from his office Monday evening. The 41st president of the United States is 93 years old.

"President Bush was admitted to the Houston Methodist Hospital yesterday after contracting an infection that spread to his blood," a statement from family spokesman Jim McGrath read. "He is responding to treatments and appears to be recovering. We will issue additional updates as events warrant."

His wife, former first lady Barbara Bush, was buried Saturday. Barbara died Tuesday at her Houston home. She was 92. The couple was married for 73 years.

The elder Bush utilizes a wheelchair and an electric scooter for mobility after developing a form of Parkinson's disease, The Associated Press reports. He's needed hospital treatment several times in recent years for respiratory problems.

Mr. Bush spent two weeks in the hospital for treatment of pneumonia and chronic bronchitis -- something his doctors say is a condition usually found in the elderly which can aggravate the symptoms of pneumonia.

In 2015, the AP writes that Mr. Bush was hospitalized in Maine after falling at home and breaking a bone in his neck -- and in December 2014 for about a week for shortness of breath. His Christmas holiday in 2012 was spent in intensive care for a bronchitis-related cough and other issues.

Mr. Bush was born June 12, 1924, in Milton, Massachusetts. He served as commander in chief from 1989 to 1993, served as a congressman, CIA director and Ronald Reagan's vice president.

Mr. Bush attended his wife's funeral wearing a pair of knitted socks decorated in blue, red and yellow books -- a tribute to her . McGrath noted that Barbara had raised more than $100 million for the cause, Reuters reports.

During Friday's public viewing of Barbara's casket, Mr. Bush offered his hand to many of the nearly 2,500 people who walked through the church to pay their respects.