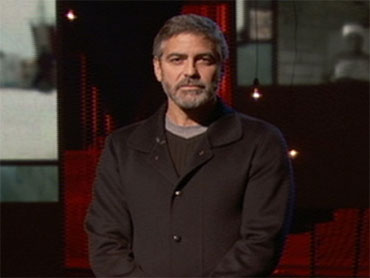 Actor George Clooney has testified at a fraud trial in Milan and even the judge said it seemed like a Hollywood set.

Dozens of celebrity-watchers packed the tiny courtroom Friday as Clooney showed up at the trial against three defendants charged with co-opting the American actor's name for a line of clothing.

The actor wore a navy blue suit, crisp white shirt and red-spotted blue tie, and he addressed the court through an interpreter. He said photos purportedly showing him with two of the defendants were doctored and that his signature on documents was forged.

After his 90-minute testimony, Judge Pietro Caccialanza thanked Clooney and said the session "has lasted as long as a movie."