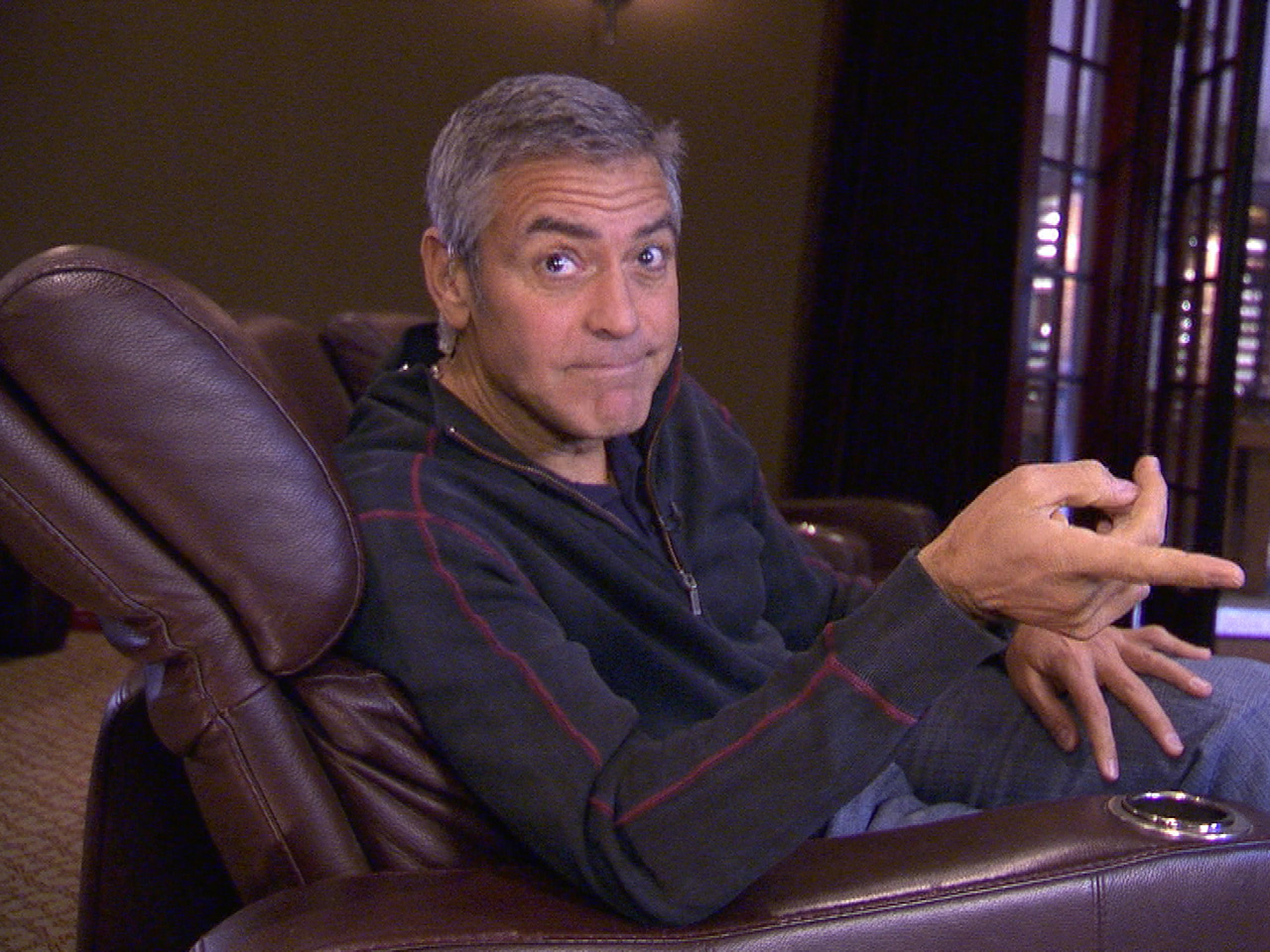 (CBS) George Clooney is known for being a practical joker, but what's the longest prank he's ever pulled?

The Oscar-winner recalled one joke that he played on his friend and fellow actor Richard Kind that went on for "five or six years."

While giving a tour of his home on CBS' "Person to Person" program, Clooney explained that he once found a "horrible" painting that had been thrown away, had it framed and signed his name on it.

For five or six months, he continued, he told Kind that he was taking art classes, and would stop into art supply stores and "just make up crap" about the brushes.

"And then for his 40th birthday I said, 'You know, I've done a lot of paintings but this is the first one I'm really proud of, and I want to you have it.' And I gave it to him!" Clooney laughed.

At Clooney's suggestion, Kind hung the painting in his living room.

"Everyone else knew but him," the actor continued, "So everyone would come over and compliment him about the painting."

He finally let his friend in on the joke about five years later, by telling the story on a talk show.

Watch Clooney tell the story below: