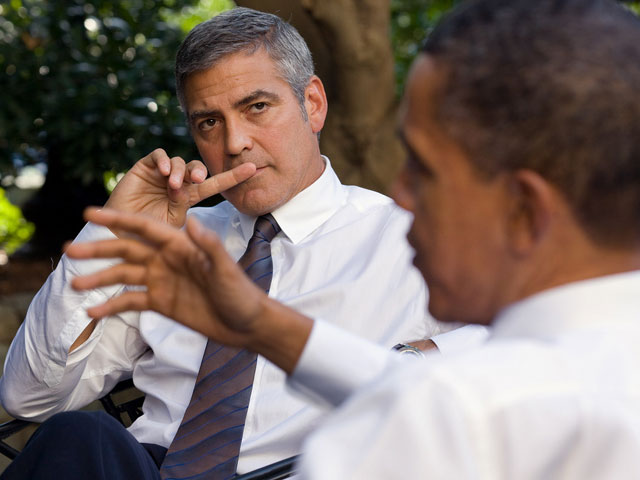 WASHINGTON (CBS/AP) President Barack Obama met with activist-actor George Clooney at the White House on Tuesday to discuss U.S. involvement in Sudan ahead of a critical election early next year in Africa's largest nation.

Clooney is asking the U.S. and international community to take steps to prevent violence ahead of an election that could ignite another civil war in Sudan. The Jan. 9 vote is an independence referendum on south Sudan that is likely to split the country in two.

The Academy Award-winning actor also reportedly met with Sen. Richard Lugar, R-Ind., and is scheduled to make a presentation Tuesday evening at the Council on Foreign Relations, according to the Washington Post.

After their meeting Tuesday with Mr. Obama, Clooney and activist John Prendergast said they were impressed by the president's knowledge of the issues in Sudan and his commitment to containing violence before the election.

Prendergast is the co-founder of the Enough Project, an initiative to end genocide.