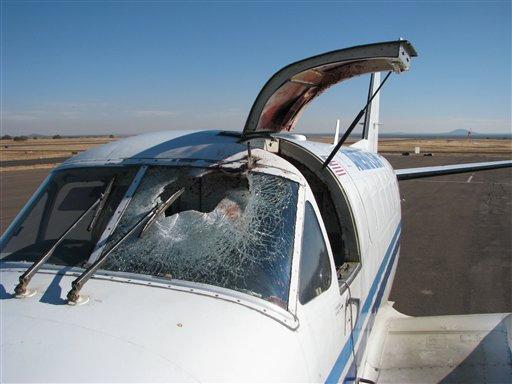 George Carlin could use a few of his famous seven dirty words to criticize some of his movie performances. No one is harder on the veteran comic's early screen work than himself.

On his Web site, he uses the word "sucks" to slam his acting in a 1966 episode of "That Girl!" and the 1968 family comedy "With Six You Get Eggroll" and "forgettable" for 1991's "Bill and Ted's Bogus Journey." He had a few TV sitcoms that never worked out, but his desire to be an actor always lingered.

As he got older, the 66-year-old Carlin says he got better at interpreting the words of screenwriters, taking direction and shaping characters that are distinct from the fiercely logical iconoclast fans know from Carlin's decades of stand-up comedy.

Throughout those years, Carlin has always harbored a childhood dream to be a movie actor. Now, he says, he's finally getting to be good at it.

His most substantial acting role to date comes in "Jersey Girl," playing a street-cleaning grandfather who takes in his widowed son (Ben Affleck) and his newborn daughter.

"Originally, my plan as a little boy was to try to be a movie comedy actor like a Bob Hope or a Danny Kaye or a Red Skelton," Carlin told The Associated Press. "That was all based on the idea that I was funny and could be a comedian first. I saw comedian as a stepping stone and actor as a goal.

"But when I got to that point in my career in the 1960s, when I was established as a mainstream comic, and I had my opportunities to do some acting — sitcoms, movies — I found out I wasn't good at it, didn't have any confidence at all and it gave me a lot of concern and fear. So I turned to my comedy and the subsequent years after that showed me that I really had a lot of ability at writing and performing comedy and that it was going to become the main event."

Carlin describes acting as "another muscle" that he knew he'd someday like to flex.

That's why he kept testing himself with bit parts here and there.

"I didn't know if I'd ever grow into that possibility," he said. "Finally, I found that I had some confidence because of my own life and career taking shape. I had more access to myself and was a richer, older fellow. And by richer, I mean, you know, my mind had more in it.

"And in order to find these things out about myself, I did the occasional thing, like 'Car Wash' or 'Bill & Ted' or 'The Prince of Tides' — which had a little more prestige attached to it before the fact."

Around 1997, he crossed paths with director Kevin Smith, the filmmaker behind "Clerks" and "Chasing Amy," who had written a screenplay titled "Dogma," filled with a disparate mixture of dirty jokes and religious philosophizing.

In "Dogma," one of the characters was a Roman Catholic bishop who wants to make the church more "mainstream" by replacing the crucifix with a more pleasant imagery, like a thumbs-up, winking and grinning "Buddy Christ" statue.

Smith said he wrote the part with Carlin in mind. "That brought me into Kevin's world," said Carlin, who never misses a chance to mock religious institutions.

Now the comedian whose film work is sporadic at best, has made three movies with Smith. The second was a throwaway part in Smith's "Jay and Silent Bob Strike Back," in which Carlin plays an aging freeway hitchhiker who trades sex for rides.

"Jersey Girl," however, was a more serious project for both Carlin and Smith, the story of a small New Jersey family, death, parenthood and responsibility all wrapped up in jokes — although less dirty this time.

"It's a major departure in a lot of ways for me. This has confrontation and sweetness and caring and just working guy stuff," he said.

Smith said he knew Carlin could be a serious actor.

"He's got this wonderful gravitas to him. He's been around," the director said at the South by Southwest film festival in Austin, Texas. "He's a very frank, very honest person but just has this wonderful face that belies a well-lived life."

"He reminds me of my father, too," who died last year, Smith added.

Carlin has one daughter, but no grandchildren. "I'm happy to say there's none of that nonsense going on," growled the former Mr. Conductor of the children's show "Shining Time Station." So playing a loving but surly grandpa required some imagination.

In between his annual 160 stand-up comedy dates, he said he hopes "Jersey Girl" will lead Hollywood to offer him more roles as a character actor, especially if he ever thinks of slowing down the stand-up show.

"The wish, the dream, the ambition to be a movie actor, to be seen in the movie screen doing these things where you make-believe you're someone else, is still very attractive to me ... like millions of other people in this country sitting in the dark and dreaming dreams about being famous and being up in the movies."