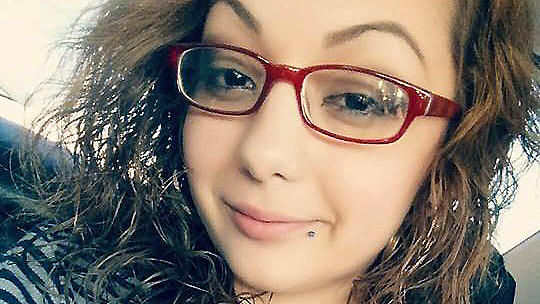 DALLAS -- A grand jury has recommended an aggravated assault charge against a Dallas police officer who shot and killed a woman in a January confrontation involving a stolen car.

The Dallas County district attorney announced Friday that Christopher Hess was indicted on a charge of aggravated assault. The charge is related to the January shooting death of 21-year-old Genevive Dawes and is the first time in 43 years that a Dallas Police officer has been indicted for an officer-involved shooting that resulted in death.

Hess turned himself at the Dallas County jail Monday and was released after posting a $250,000 bond. He's been placed on administrative leave.

Dallas County District Attorney Faith Johnson said at a press conference Friday that her office was committed to taking the case to trial and to investigating officer-involved shootings. She said her investigators did not believe there was sufficient evidence to bring a second charge against the officer because of the second passenger in the car.

Daryl Washington, a civil rights attorney representing Dawes' family, said they were hoping for a murder charge to be brought against the officer. Washington also said the family was hoping a second charge would be brought because of the passenger, Virgilio Rosales, Dawes' boyfriend, who was also shot at during the incident.

Washington also said Dawes was five months pregnant when she died after being struck by at least four bullets. But Johnson said Friday that Dawes was not pregnant, according to the district attorney's office investigation.

Hess and another officer, who the grand jury did not recommend charges against, had responded to a suspicious persons call, according to police accounts. Dawes and Rosales allegedly ignored commands to get out of the car, reversed the car into a police cruiser, rammed a wooden fence and were reversing away from the fence when police fired, killing Dawes and injuring Rosales.

Washington said that account is flawed. He said the couple was sleeping about 5 a.m. in the car when police arrived. He said from the evidence he has seen, Dawes never drove the car toward the officers or tried to hit them. He also said Dawes did not know the car was stolen.

Washington said the officers fired 14 times into the car, and that he believed Hess had fired 13 of the shots.

"There were a total of 14 shots at a vehicle that was going five miles per hour," Washington said. "I can 100 percent stand behind the fact that no officers were in danger. No officer at the time that those shots were fired, were behind that vehicle. And I feel comfortable saying that the statements given by the Dallas police officers were inaccurate."

Johnson said she had seen the body camera footage from the incident, but could not comment on the content or what role it played in the charge.

Authorities say Hess, a 10-year veteran of the Dallas Police Department, will be placed on administrative leave pending a review by Internal Affairs investigators. If convicted, Hess faces between 5 and 99 years in prison.

It was unclear from court documents if Hess had an attorney.

Dawes' family members, who gathered to make a statement about the indictment Friday, said she was a goofy and loving woman who would make everyone laugh, once adopted a stray duck and was devoted to her two daughters, Krystinah Rosales, 2 and Cerenity Rosales, 1.

"I feel like they tried to make my sister look like a criminal, to sweep it under the table to not even try to get justice for her," said Alisha Garcia, Dawes' 26-year-old sister. "She was my only sister. They took her life."