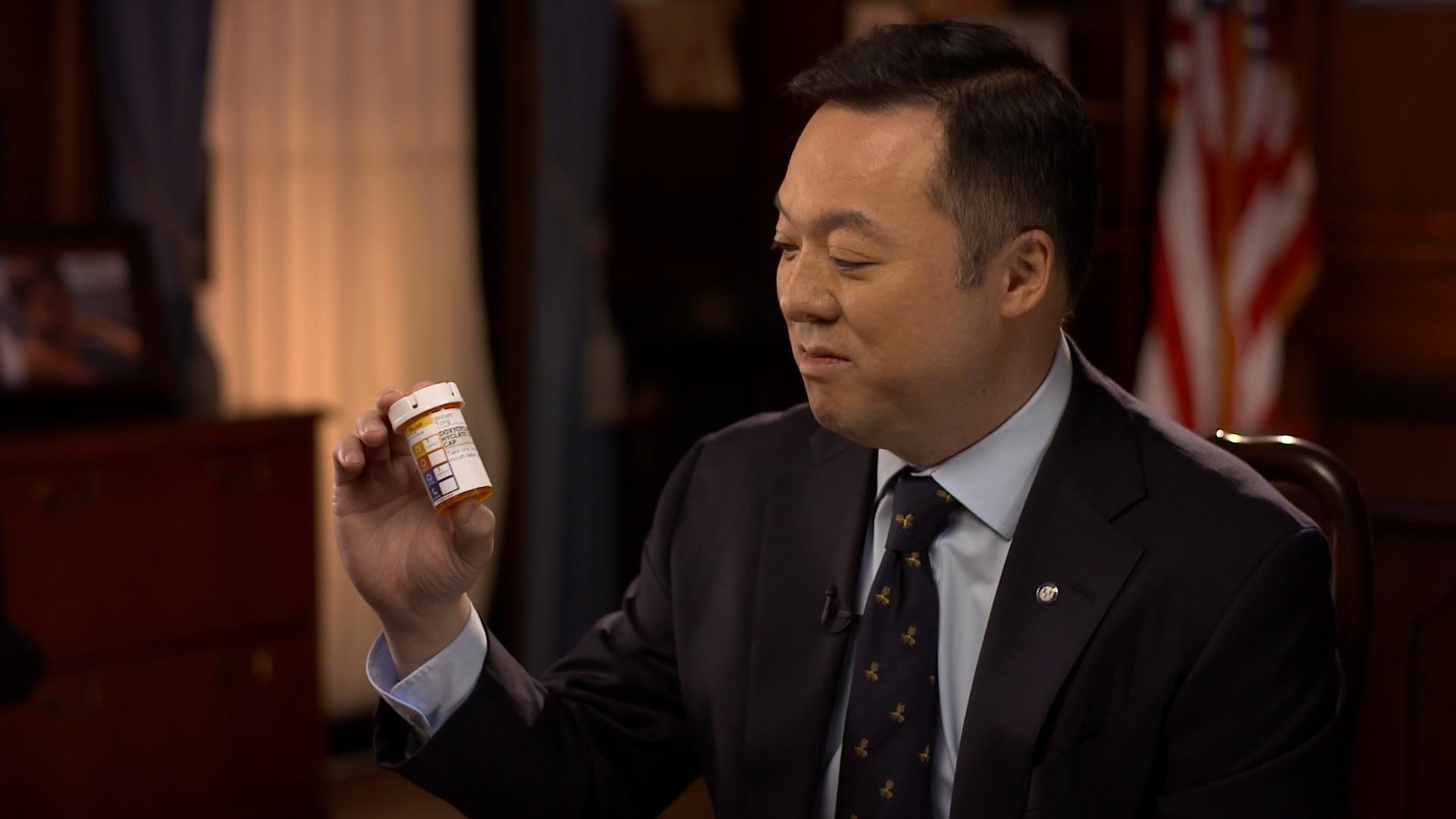 Connecticut and more than 40 states and Puerto Rico filed suit today against some of the biggest generic drug makers in the industry accusing them of illegally fixing the prices of generic drugs to maximize profits. Connecticut Attorney General William Tong says the lawsuit highlights corporate greed on a scale he has never seen. Bill Whitaker speaks to Tong and the attorneys in his office who cracked the case for a report to be broadcast on 60 Minutes, Sunday, May 12 at 7:00 p.m., ET/PT on CBS.

"I think that what we have come upon is that the generic drug industry is the largest private sector corporate cartel in history," Tong says. Tong's lead investigators on the case are seasoned antitrust attorneys Michael Cole and Joe Nielsen. They tell Whitaker they found evidence of price fixing dating back to 2006. The Connecticut attorney general only had to look in his own medicine cabinet to be convinced. "This is my bottle of doxycycline… I take every day for a skin condition and there is a conspiracy around doxycycline…I'm one of the victims." The price of the commonly prescribed antibiotic surged 8,281 percent, from $20 to more than $1,849, between 2013 and 2014.

The generic drug industry points to drug shortages and market forces as reasons behind the price increases. In court filings related to a separate, but similar, ongoing case against them, generic drug makers argue there is no proof of an overarching conspiracy to fix prices. But, after two years of digging, Joe Nielsen says he found evidence, including e-mails, phone records, and text messages, pointing to illegal price fixing as the reason behind the price spikes.

"This is an organized, systematic effort to conspire and fix prices and avoid competition. This is criminal behavior," says Nielsen.