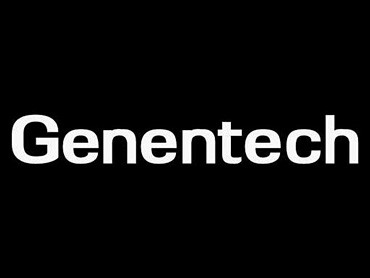 An experimental drug that had essentially been written off as a failure dramatically extended the lives of some of the sickest colon cancer patients, its maker, Genentech Inc., said Monday.

The news sent the biotechnology company's stock soaring nearly 45 percent and boosted the spirits of researchers working with similar drugs in a field plagued by recent setbacks.

Genentech's Avastin is the most advanced drug in this new class of medicines, which are intended to choke off the blood supply to cancer tumors. The work was pioneered by Dr. Judah Folkman some 30 years ago.

"The fact that this extended life is a very major medical breakthrough," said Folkman, a researcher at Boston's Children's Hospital. "You can't do any better than that. This will set the standard."

"The magnitude of the benefit observed far exceeded what the study was designed to demonstrate," the company said in a statement.

The company, based in South San Francisco, offered few details, saying it would release the results of its experiment on more than 900 colon cancer patients at the American Society of Clinical Oncology meeting in Chicago next month.

Genentech's drug and others that are based on Folkman's research are designed to stop angiogenesis, the formation of new blood vessels that are necessary for tumors to grow.

The new medicines have "the potential to change the practice of treating cancer," Dr. Susan Hellmann, a Genentech executive vice president.

Hellmann said Genentech plans to start discussion with the Food and Drug Administration about filing for marketing approval. Hellmann said few side effects occurred in those treated with Avastin.

Genentech is also testing Avastin in patients with kidney, breast and other cancers.

"This will be a very significant drug for the company," said Adam Walsh, an analyst with Jeffries & Co. "This has the potential of being a blockbuster."

Walsh said if regulators approve Avastin, it has a good chance of becoming a $1 billion-a-year seller for Genentech.

As recently as September, Genentech said that Avastin had failed to help breast cancer patients. That news caused the company's stock to plummet and added to growing skepticism about the angiogenesis approach.