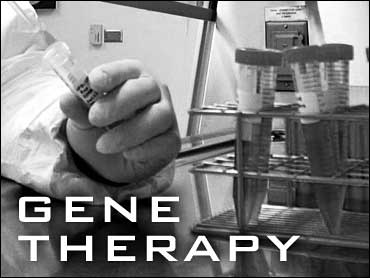 Researchers slipped billions of copies of a gene into the brain of a Parkinson's disease patient Monday, marking the first attempt to test gene therapy in a person with that disease.

The 55-year-old patient had dinner afterward and was doing fine, Dr. Michael Kaplitt of Weill Cornell Medical College said a few hours after completing the procedure.

The man, whom the surgeon did not identify, is the first of a planned 12 patients for a study focusing on the procedure's safety, rather than whether or not it relieves symptoms.

"Our whole goal here is to prove this is safe before we move on," Kaplitt said.

Parkinson's affects more than a half-million Americans. Key symptoms include a tremor in the hands, arms and elsewhere, rigidity of the limbs, slowness of movement and impaired balance and coordination. Patients can have trouble walking or talking. While drugs can relieve symptoms, they can't stop the progression of the disease.

Surgery can ease symptoms by quieting certain overactive areas of the brain. The new gene therapy approach is designed to do the same.

The brain areas become overactive because they lose their normal supply of a calming chemical called GABA. The experimental procedure is aimed at making one of those areas, the subthalamic nucleus, produce more GABA. The chemical should not only quiet that area, but also be released to the other overactive brain areas, Kaplitt said.

For the surgery, a tiny tube about the width of a hair was threaded through a hole about the size of a quarter on top of the patient's skull. The tube delivered a dose of a virus engineered to ferry copies of the gene into cells of the subthalamic nucleus. The gene will let the cells pump out GABA.

The patient was awake during the procedure and "making jokes most of the time," Kaplitt said.

In recent years, scientists have delivered gene doses to children's brains in a study of treating a condition called Canavan's disease.

A different strategy is being pursued in a current gene therapy experiment for Alzheimer's disease in California. There, scientists have taken skin cells from eight patients, equipped them with a gene to pump out a particular protein, and then implanted the modified cells into the brain. No results have been released publicly yet.

Kaplitt is doing the new study in collaboration with Matthew During of the University of Auckland in Australia.