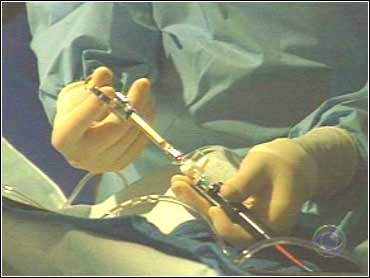 The University of Pennsylvania said Friday it had reached a settlement with the family of an 18-year-old man who is the only person known to have died as a result of experimental gene therapy.

Paul Gelsinger, father of Jesse Gelsinger, who died in 1999, confirmed that a settlement had been reached but gave no immediate details.

The death of Jesse Gelsinger, who had a rare liver defect, sent shock waves through the world of genetic research and led the U.S. Food and Drug Administration to shut down human clinical trials at the university's Institute for Human Gene Therapy.

The lawsuit, filed in Philadelphia Common Pleas Court in September, alleged the university deliberately downplayed the risks posed by the experiment and claimed Gelsinger should have been rejected from the program because his condition failed to meet the trial protocol.

Brought by the teen's father and uncle, John Gelsinger, the lawsuit also alleged the experiment was fraught with conflicts of interest, including a doctor who had a financial stake in the outcome of the research.

Gelsinger's death triggered a year of intense public scrutiny of the field of gene therapy, which aims to reverse genetic diseases by manipulating genes.

Gelsinger came to the university on Sept. 13, 1999 for treatment of ornithine transcarbamylase deficiency, a genetic disorder that leaves the body unable to produce enzymes that remove ammonia from the body. Doctors used a catheter to inject a large dose of genes engineered to make the enzymes into an artery to Gelsinger's liver, using the cold virus to carry the genes inside his cells.

Gelsinger's father said his son knew there was a chance he could die from participating in the study, but he accepted the odds because he wanted to help himself and others. Seventeen other patients had been through the procedure without ill effects, and Paul Gelsinger said he encouraged his son to participate.

But 24 hours after the therapy began, Jesse's condition went downhill rapidly. After two days, he was in a coma. His face was swollen and his body was jaundiced. He was taken off life support four days after the trial began.

In response to his death, in April the American Society of Gene Therapy issued new guidelines controlling conflicts of interest in research.

Among the reasons for the guidelines was the discovery that the principle investigator in the trial, Dr. James Wilson, was heavily invested in the company, Genovo Inc., which was funding the research.

The society's guidelines are an attempt to control conflicts of interest. An April letter sent to all society members says, "All investigators and team members directly responsible for patient selection, the informed consent process and/or clinical management in a trial must not have equity, stock options or comparable arrangements... in companies sponsoring the trial."

At the time of Gelsinger's death, Dr. Wilson, who declined a request from CBS News fo an interview, was by no means unique. In gene therapy research around the country, there are complicated relationships between universities providing brain power and bio tech companies providing cash.

"You have to get your resources from somewhere," says Dr. Ron Crystal of the Weill Cornell Medical Center. "That's why most of the people who are involved in gene therapy have one sort of involvement or another relating to a bio tech company."

Dr. Crystal, a pioneer in gene therapy to treat heart disease, founded the company GenVec and at the time the guidelines were issued, owned about a two percent share in it. Asked if he had ever concealed adverse events from your trials in the interest of protecting your company, he replied, "Absolutely not."