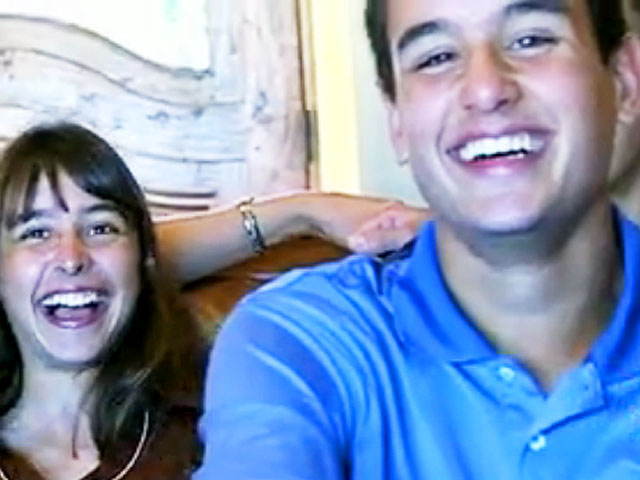 (CBS) Will gene-mapping technology transform the lives of people suffering from serious illness? For one California family, it already has.

Alexis and Noah Beery of Encinitas, Calif. are now healthy, fun-loving teens, but that wasn't always the case. From birth the twins - now 14 - suffered from one illness after another. "It was a household, kind of, under chaos" their dad, Joe Beery, said in an interview on CBS' "The Early Show."

When the twins were two, their doctor diagnosed them with cerebral palsy. But their parents were skeptical.

"When you have cerebral palsy, you normally don't get any worse, and Alexis continued to get worse and worse," Joe said.

The kids were experiencing seizures, uncontrollable vomiting, and problems with balance and coordination. A family video shows young Alexis losing her balance, and her mother said during this time she wasn't even able to put on her own seatbelt. By age five, Alexis was regressing to the point where she lost motor abilities she had before. "At that point I knew something wasn't right," their mom Retta said.

Retta took to the internet and found an article about Segawa's dystonia. The rare movement disorder that mimics cerebral palsy, but can be treated with the Parkinson's drug, levodopa. A new doctor confirmed her suspicions, and once Alexis got treatment, she improved dramatically.

But two years ago Alexis suffered a serious setback experiencing breathing troubles that sent her to the emergency room. "We almost lost her a couple times," said Retta.

The same tenacity that led Retta to find the Segawa's disease diagnosis led her to find Baylor University's Human Genome Sequencing Center. She thought if her twins had their genomes mapped, doctors could pinpoint the defective gene and fix it.

And that's just what happened.

"We were able to zero in on the exact gene that was broken or wrong" the center's director Dr. Richard Gibbs, told CBS News. "These twins were immediately able to be offered a new treatment that could benefit them, and we're able to see that directly from the DNA information."

Today, Noah and Alexis are symptom-free on a personalized treatment of dopamine and serotonin supplements.

CBS Healthwatch medical correspondent Dr. Jennifer Ashton calls personalized medicine like this is the wave of the future, but says it's not for everyone.

"It's really most effective when you're talking about a disease or disorder where there's a single gene that's mutated," Ashton said. "That's where the targeted therapy becomes really effective." Gene mapping isn't cheap either - Ashton reported that Baylor's genome mapping costs $100,000.