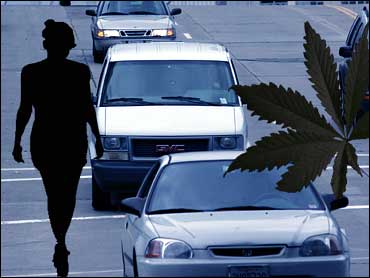 The marriage market offers more promise for American women seeking a spouse, with the male population growing at a faster rate than females in the past decade, according to 2000 census data released Sunday.

Women still outnumber men in the United States but the Census Bureau said the gender gap had narrowed during the 1990s, due largely to a rise in immigration and the fact that men lived longer because of healthier lifestyles and medical advances.

"The greatest increase in the male-female ratio between 1990 and 2000 was in the age group 75 to 84," said Renee Spraggins of the Census Bureau.

Death rates for men are declining at a faster pace than for women Spraggins said. In general, people are living longer thanks to healthier lifestyles and medical technology.

Demographer and sociologist Philip Cohen from the University of California, Irvine, said the figures meant there would be fewer widows and more choices for elderly women seeking a spouse.

"This is good news for the marriage market, especially for older women who will have more men available," said Cohen.

Immigration also has brought more men into the country, Spraggins said. Historically, male immigrants tend to settle into a home and job first before the rest of the family arrives in the country.

Demographers have said the Hispanic population, which went up 58 percent during the decade to 35.3 million, increased at a faster-than-expected rate because of immigration.

Alaska, with more traditionally male jobs such as logging and oil available, had the highest male-female ratio followed by Colorado, Wyoming, Idaho and Utah.

The lowest male-female ratios were in the District of Columbia, Rhode Island and Massachusetts.

Philadelphia and Detroit had the lowest female ratios.

Spraggins said areas where there were high concentrations of men could usually be traced to big prison populations or a military base as well as the kind of work available.