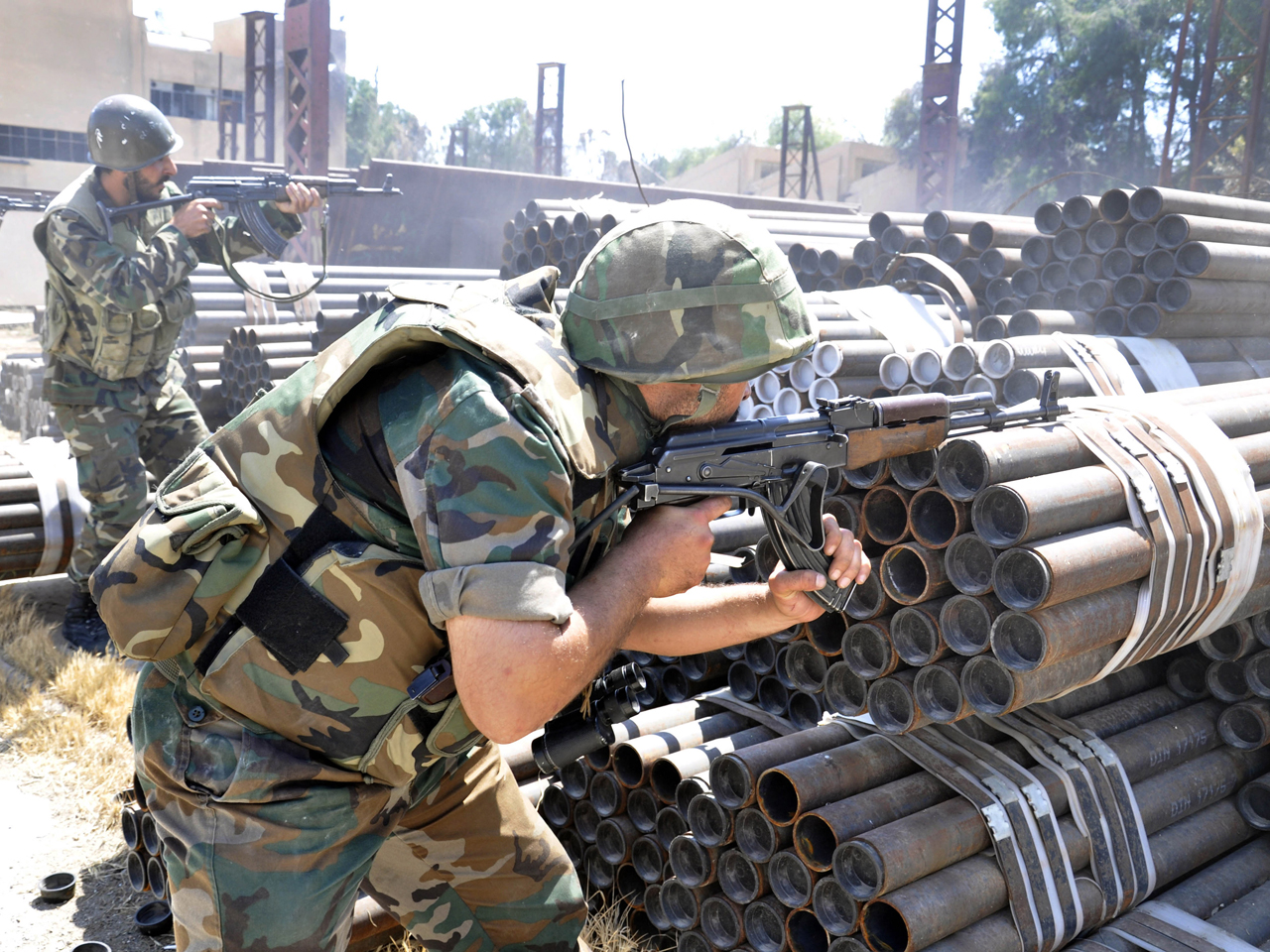 (CBS News) Former Chairman of the Joint Chiefs of Staff Gen. Richard Myers called the civil war in Syria a "regional war" on Monday, citing the increased involvement of Hezbollah fighters from Lebanon and Iranian forces and the possibility of violent spillover into neighboring countries. The leader of Lebanon's militant group Hezbollah has pledged to help Syrian government forces fight the rebels.

"It ties Iran to the conflict ... [and], Hezbollah [is] putting its 'umph' behind the regime. It is a regional conflict already," Myers, a CBS News senior military security analyst, said on "CBS This Morning." He added that he has heard "stories about Iraqi fighters going to fight there as well," expanding the scope of the war. "If the Assad regime comes under more pressure, that certainly could spill over into Lebanon, perhaps into Jordan," he warned.

Myers said it is unlikely the rebel forces can advance without arms provided by the U.S. or a coalition of Western governments. So far, President Obama has been to reluctant to act more forcefully in Syria, committing only to non-lethal aid since the conflict began in March 2011.

"With Hezbollah throwing in so strongly on the side of the Assad regime, the rebels are going to be disadvantaged here and probably can't make much more progress," Myers explained.

Sen. Bob Corker, R-Tenn., and Sen.r Robert Menendez, D-N.J., sent a bill to Congress last week that would approve sending weapons to moderate rebels forces. Menendez stressed that "now is the time" to act to tip the balance toward resistance fighters. Myers said such a move "may be exactly the right thing."

Myers encouraged careful "calculation of that balance between risk and reward" of providing weaponry, noting that often, "you don't know ultimately where those arms wind up."

The Syrian government has committed to taking part inpeace talks in Geneva next month, according to a statement from its foreign minister on Sunday. While Myers said it is unlikely that real progress will be made in Geneva given that all of the governments in attendance, except Russia, have called for Syrian President Bashar al-Assad to step down, he allowed that the talks could "be a pretty good thing" if they dampen the fighting in the meantime.

U.S. hunter responds to her critics after killing giraffe in South Africa
Thanks for reading CBS NEWS.
Create your free account or log in
for more features.
View CBS News In
CBS News App Open
Chrome Safari Continue
Be the first to know
Get browser notifications for breaking news, live events, and exclusive reporting.