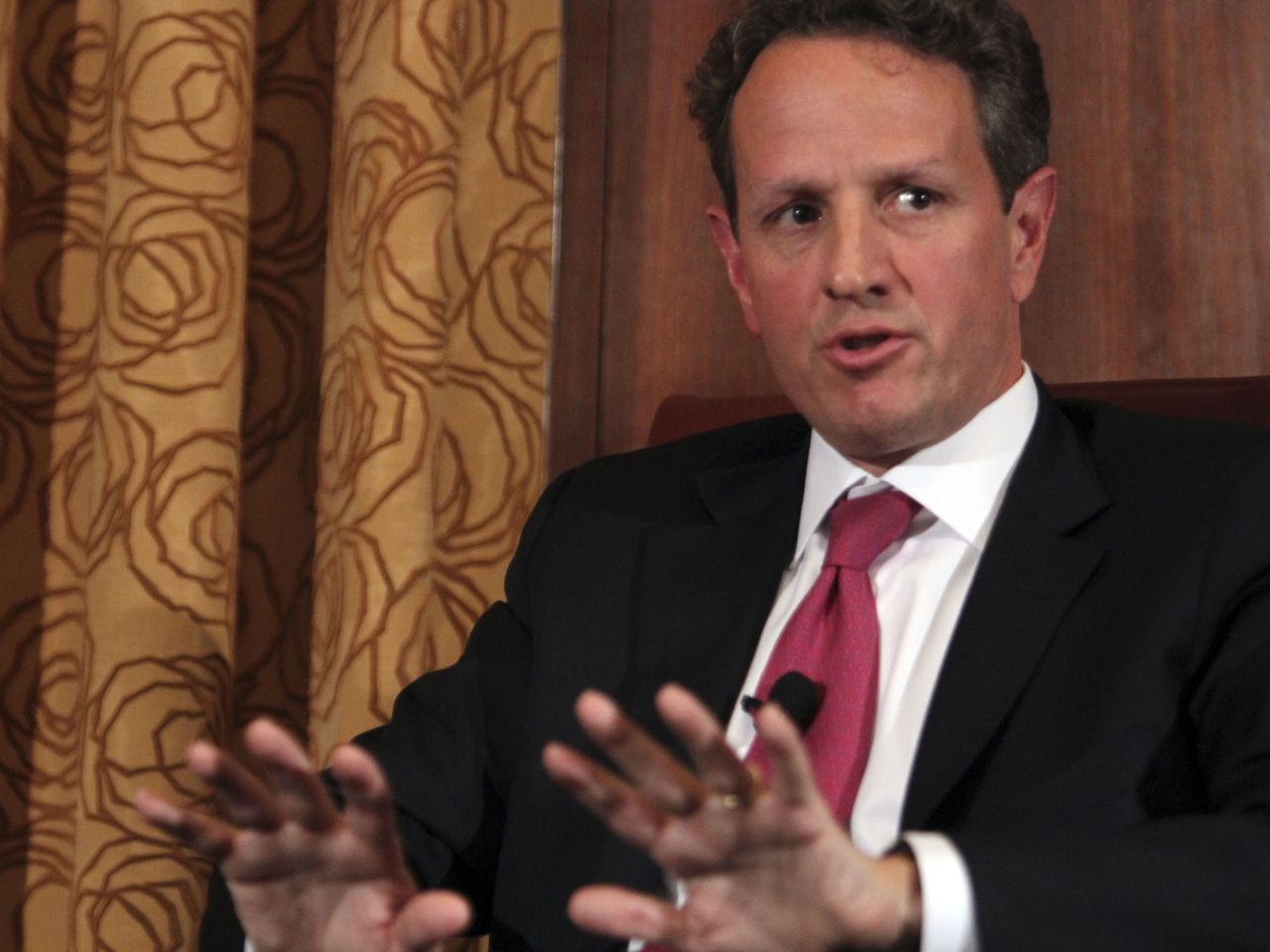 NEW YORK — Treasury Secretary Timothy Geithner said Tuesday that Dominique Strauss-Kahn "is obviously not in a position to run" the International Monetary Fund after his arrest on charges of attempted rape.

Geithner said the IMF's 24-member executive board should formally designate an interim head. John Lipsky has been serving as acting managing director. Geithner praised Lipsky as a capable manager.

Geithner's remarks at the Harvard Club of New York were the first on the case from a top Obama administration official. The blunt assessment will likely escalate the pressure on Strauss-Kahn to step down. It came in response to a question about what the IMF should do about its leadership crisis.

"I can't comment on the case, but (Strauss-Kahn) is obviously not in a position to run the IMF, and it is important that the board of the IMF formally put in place for an interim period someone to act as managing director," Geithner said.

Strauss-Kahn is being held in a jail cell on charges of sexually assaulting a hotel maid.

The United States has a major say in determining who will head the IMF, in part because it holds the largest number of votes at the 187-nation international lending agency.